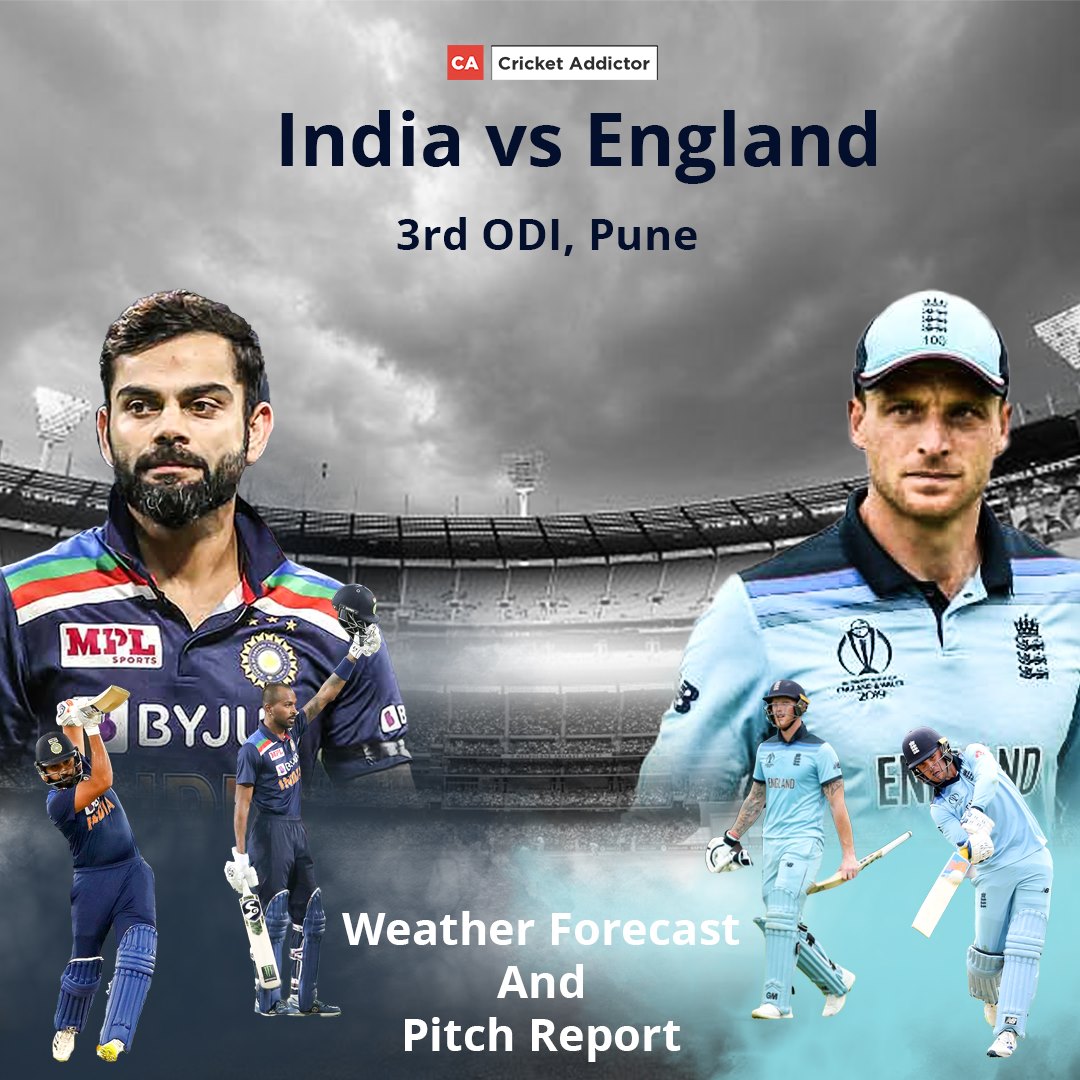 The hosts India and the visitors England are ready to compete in the final game of the three-match ODI series this Sunday (28th March) while Maharashtra Cricket Association Stadium (Pune) will once again host the ODI match.

This ODI series is currently standing in the 1-1 position as India won the first game by 66 runs and England won the second ODI by 6 wickets.

India and England will meet Sunday which will be the last game of the ODI series. Maharashtra Cricket Association Stadium (Pune) will again host this ODI match which has been scheduled to begin at 01:30 PM (13:30) local time.

According to the weather forecast, the sky can be cloudy for most of the day. However, there is no threat of rain for the entire Sunday. 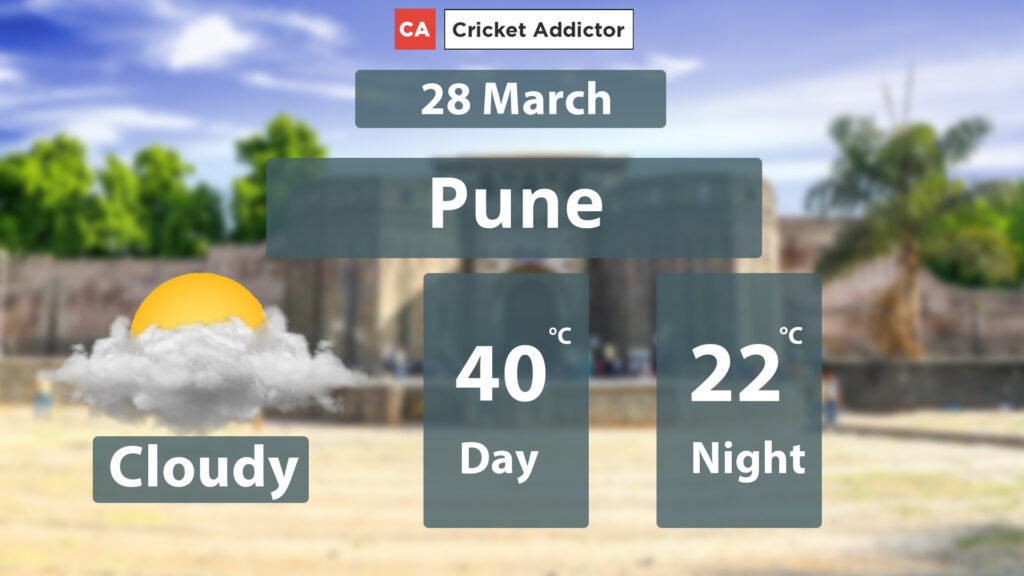 Maharashtra Cricket Association Stadium (Pune) will host this ODI series decider between India and England. Ahead of this crucial ODI match, this venue just completed the first two ODIs of this series.

Bowlers mostly struggled in the first two ODIs of this series. In the first ODI, while India scored 317/5 (50 overs) in the first innings, England were all out for 251 runs (42.1 overs) despite getting the strong start of 135 runs opening partnership in just 14.2 overs.

In the second ODI, while India again batted first after losing the toss and scored 336/6 (50 overs), England chased down the target in 43.3 overs after losing four wickets.

While batsmen majorly dominated in both the ODIs, many bowlers struggled, especially the spinners. After watching the first two ODIs, we can say that the toss can play an important role in the series decider as the chasing teams have generally more advantage despite the visitors’ defeat in the first ODI.

Ground’s history in 1st and 2nd batting in ODIs