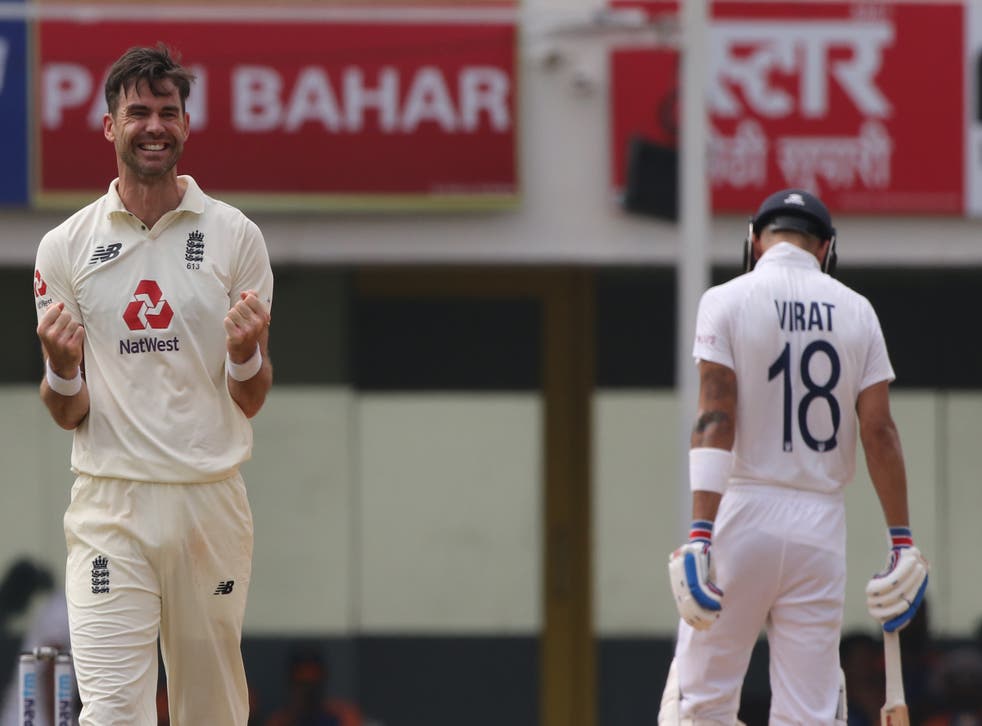 Former England batsman Ian Bell is surprised at the fact that the Joe Root-led team-management have decided to rest champion fast bowler James Anderson for the second Test against India in Chennai.

James Anderson has not found a place in the 12-men squad that England announced on the eve of the second Test. The visitors have made as many as four changes to their squad that registered a monumental 227-run win in the opening Test earlier this week.

While James Anderson has been rested, Jofra Archer has been ruled out due to injury. Stuart Broad, Olly Stone, and Chris Woakes have been added to the fast bowling department, meaning that England will have a completely new-look attack in the second match.

James Anderson’s exclusion is particularly surprising given the fact that the champion pacer bamboozled the Indian middle-order with high-quality reverse-swing bowling in the second innings and according to Ian Bell, England should have persisted with the 38-year-old.

Yes I think it is certainly a surprise, England going up 1-0 and they are certainly in dreamland really the way they played in that Test match and the word that springs to mind, the way they will play now will be ruthless,” Ian Bell told ESPNCricinfo.

“You feel like when you have got India in this position you want to go again, and Jimmy was outstanding with the ball. It is not a complete surprise as this is what they have done with Jimmy and Broady (Stuart Broad) and they have rotated their two senior bowlers,” he added.

Bell further added that England’s decision to rest James Anderson would have made sense if the fast bowler was carrying a niggle. He reckoned that not having to face Anderson in the second Test will be a huge boost for the Indian team.

“Knowing Jimmy Anderson and unless he has a niggle, you know he is desperate to play and he is a competitor. Him and Broady don’t like missing cricket,” Bell said.

“So I am surprised, unless he is injured, you would want him to play, he is your leading wicket-taker of all time and not just in English conditions, he can do it in Indian conditions as well. And I think this is a boost for India, without Jimmy Anderson, it will be a huge boost for India,” Ian Bell signed off.

Also Read: India vs England 2021: If You Look At My Last 10-15 Tests You Will Find Some Runs There – Ajinkya Rahane Replies To Criticism Of His Form