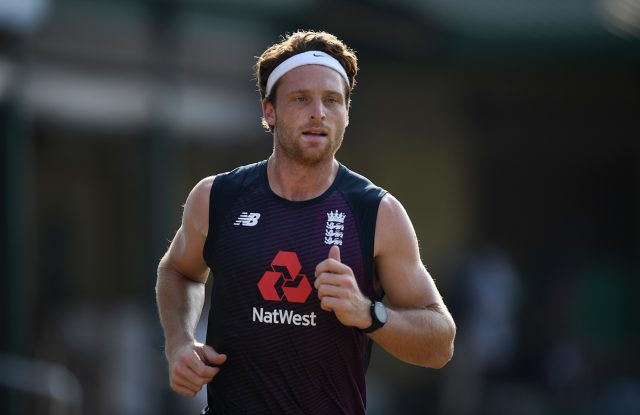 Jos Buttler is currently part of yet another bio-bubble environment as he has been included in the first two Tests against India. He is one of the many cricketers to have played the game in a strict environment and now he has finally spoken o its side effects. The England squad is currently undergoing their mandatory quarantine and the full squad will train together next Tuesday as per an ECB official.

Meanwhile, the England wicketkeeper-batsman has said that playing in a bio-bubble environment has forced him to think on short-term-goals.

“You want your strongest team out every time, but unfortunately, that doesn’t seem possible at the moment,” Buttler said during a virtual media conference.

Jos Buttler’s comments echoed the sentiments of the team management’s plans of the rotational policy of the players for next international assignments. He supported the England and Wales Cricket Board’s (ECB)’s rotation policy during their twin tours of Sri Lanka and India.

“It’s certainly a challenge but people around the world are going through tough situations. The pandemic has had people whose world has been turned upside down and we are very fortunate to play cricket and do our job that we love,” Buttler said.

“Having said that you do find it challenging having to stay away from your families, being in quarantine and locked up in hotels. ECB has been forward thinking in rotating players for this series” he added.

Jos Buttler further said that despite playing in the IPL, the five-match T20I series against India would prepare them well for the T20 World Cup slated to be held in India later this year.

“T20 side, we haven’t had that time to play together as a group and familiarity with roles, so to play against a brilliant side like India gives us the perfect preparation for that tournament (T20 World Cup)” said Buttler.