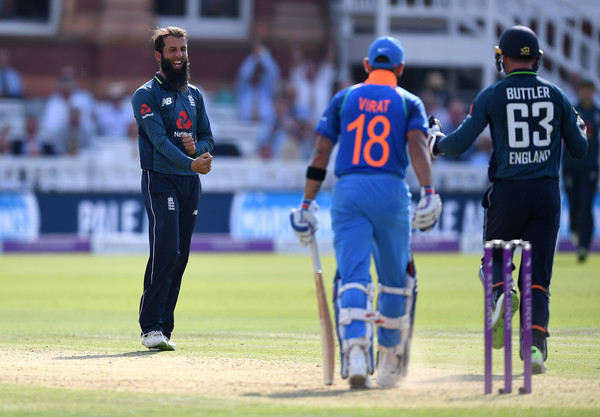 Moeen Ali, England all-rounder is aware of the Virat Kohli factor ahead of the 4-match Test series which will start the full-fledged tour in Chennai.

Returning from his coronavirus-induced break, England all-rounder Moeen Ali will be a part of the team’s tour of India starting on February 5. Moeen Ali had tested positive for COVID-19 after the first test on reaching Sri Lanka, earlier in January.

Moeen Ali: Virat Kohli Is A World Class Amazing Player, Hard To Be Dismissed And Is Motivated To Do Well

Meanwhile, Virat Kohli will be seen as India’s captain once again after he missed the last 3 Tests of the Australia tour that India won. Moeen Ali is aware that he will be motivated to score big runs for India and the all-rounder realizes that it will be a challenge for the England bowlers to get him out.

“How do we get him out? He’s obviously an amazing player, world class, he’s very motivated to do well and I’m sure he’ll be even more motivated after they did well in Australia and he had to leave for the birth of his child. I don’t know how we’re going to get him out [specifically] because I don’t think he has any sort of weakness but we have a good bowling attack, some pace in the line-up,” Moeen said, as quoted by ESPNCricinfo.

Moeen Ali: Virat Kohli Is A Great Guy And A Good Friend

The 33-year-old England cricketer, however, opened up about his one on one relationship with RCB skipper Virat Kohli, who was his Royal Challengers Bangalore teammate in the IPL.

“He’s a great guy and a good friend of mine – we don’t talk too much about cricket. We do a little bit but not too much,” Moeen added.

Both teams will be stepping into the 1st Test in Chennai, starting on February 5, after away series victories. While India won the historic Border Gavaskar Trophy 2-1 down under, Joe Root’s touring England side whitewashed Sri Lanka in the 2-match Test series.

RELATED:  Kevin Pietersen Shares A Message For India For The Series-Decider At Gabba