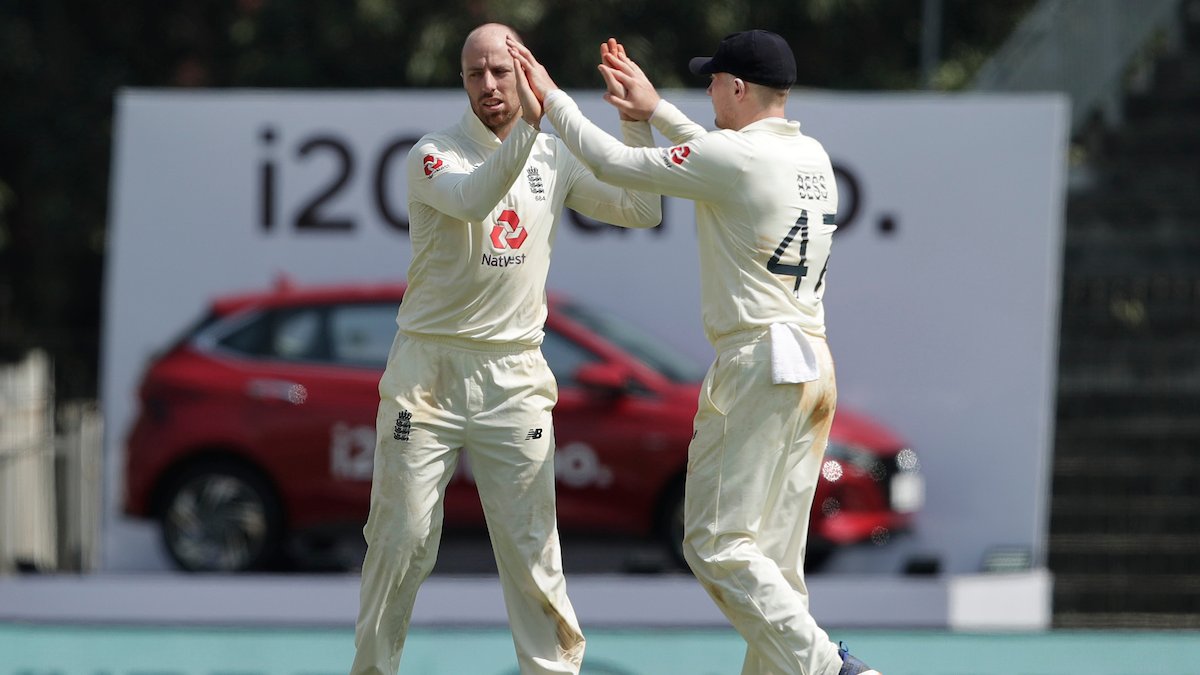 England’s spinner, Jack Leach had figures of 8-0-77-0 bowling in India’s first innings until Rishabh Pant was at the crease and mauling the bowler for runs. These kinds of figures are rare, very rare to see in Test cricket.

Pant harrumphed Leach for 5 maximums and 3 boundaries as he milked 55 runs off the off-spinner from just 26 balls on Day 3 of the recently concluded Test match in Chennai.

After England won the game on Tuesday, Jack Leach said that he thought Rishabh Pant was playing the IPL the kind of hitting he was doing. The bespectacled bowler was given ample support by his teammates to remain strong as he had to play an important role while bowling in the fourth innings.

“Thought he (Pant) was playing in the IPL. It’s a challenge that comes for a spinner. Was a tough evening that one but boys helped me stay strong,” Jack Leach said after the match.

I knew the pressure that comes with playing against India: Jack Leach

Life was maybe unfair on Jack Leach as he bowled consistently in the same channel, looking for the rough outside Pant’s off-stump, but was constantly being hit for boundaries by the assault of the dynamic batsman; on the other hand, Dom Bess, bowled poorly than Leach – except for the Virat Kohli dismissal – but returned with much better figures.

However, the Somerset off-spinner had the last laugh in the game. In the first innings, he took two consolation wickets; but it was his second innings performance that will give Leach loads of confidence going forward in the series.

Leach, who didn’t play a single Test in 2020 due to illness and then because Dom Bess took his spot in the line-up, picked 4 wickets, including that of Rohit Sharma and Cheteshwar Pujara, in the second essay as Joe Root’s team take a surprising lead in the series.

He says that he knew there would be pressure in bowling to Indian batters in India but he is happy to contribute – massively – to his side’s success as England not only win the first Test but also go on top of the ICC World Test Championship points table.

“Had a long time without any cricket (before the Sri Lanka series). It was about bowling those long overs in the heat. My first time in India. They have a great batting lineup and I knew the pressure that comes with it. Happy to take some wickets and get the boys over the line,” the 29-year-old added.