Home SportsCricket India vs England 2021: Virat Kohli Has This Great Sense Of Confidence That He Cannot Get Out – Sanjay Manjrekar

India vs England 2021: Virat Kohli Has This Great Sense Of Confidence That He Cannot Get Out – Sanjay Manjrekar 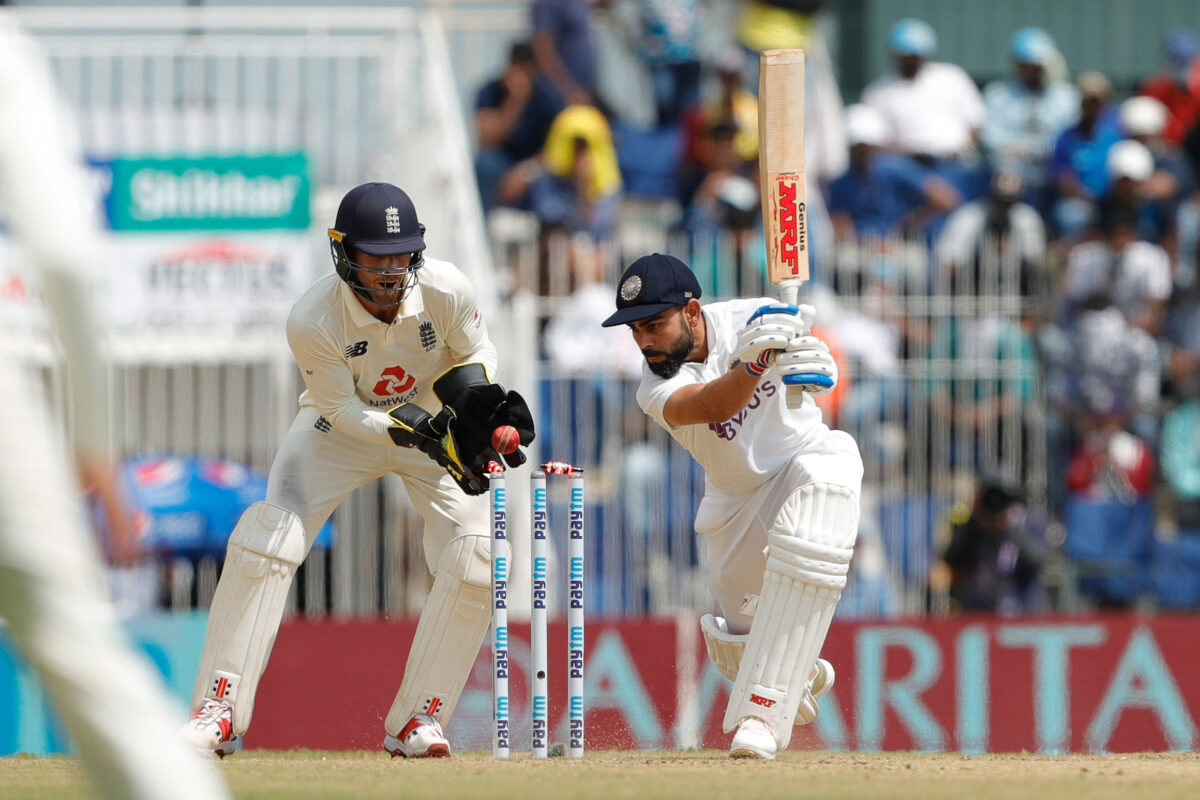 Former India batsman, Sanjay Manjrekar speaks highly of the bold and confident character of the Indian captain, Virat Kohli as he goes through Kohli’s dismissal on Day 1 of the ongoing second Test in Chennai against England.

Kohli was castled for a 5-ball duck by Moeen Ali in the first session on Saturday. The right-hander tried to cover drive a loopy full delivery from Ali but was beaten as the ball clipped the stumps.

The 32-year-old couldn’t grasp what has transpired and stood his ground, had a chat with his batting partner, Rohit Sharma before the umpire asked the third umpire for confirmation; Kohli was given out and had to walk back without scoring any runs.

“One of the reasons that he is so great as a batsman is this incredible self-belief. We will never understand a great mind because we’ve never been there so Virat Kohli when he goes to bat has this great sense of confidence that he cannot get out.

“So, when such things happen, it’s almost like ‘Am I out? How is that possible? Yeah, I missed the ball but am I out?’ There’s such a sturdy layer of confidence. That is something he has to break. Virat Kohli, I thought… a great delivery but not to the pitch of the ball as much as he’d have liked,” Sanjay Manjrekar told ESPNcricinfo.

It was a fantastic delivery from Moeen Ali: Sanjay Manjrekar

Sanjay Manjrekar is impressed with Ali’s delivery to the Indian skipper – it reminded him of how former Pakistan bowler, Waqar Younis used to fox batters with reverse swing. The 55-year-old cricketer-turned-commentator also agrees with England’s decision to pick Moeen Ali over Dom Bess.

“It was a fantastic delivery from Moeen Ali. I love Moeen Ali the off-spinner and more suited for this kind of a pitch that Dom Bess,” Sanjay Manjrekar added.

Also Read: India vs England 2021: Twitter Reacts As Rohit Sharma’s Masterclass On A Raging Turner Puts The Hosts In Ascendency