Home SportsCricket India vs England 2021: Virat Kohli Is On The Verge Of Going Past Ricky Ponting To Achieve Yet Another Milestone

India vs England 2021: Virat Kohli Is On The Verge Of Going Past Ricky Ponting To Achieve Yet Another Milestone 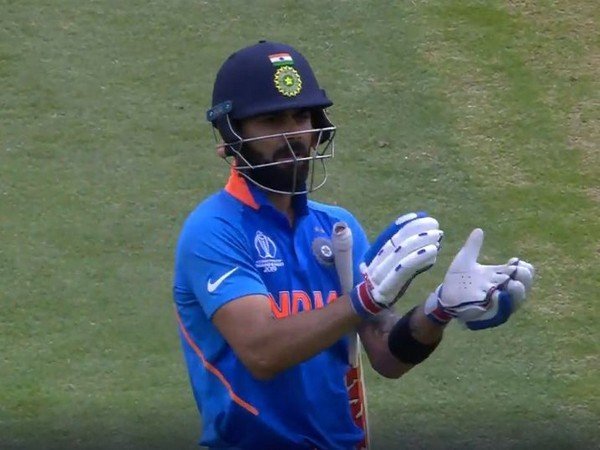 Indian captain Virat Kohli is on the verge of going past the record held by Former Australian captain Ricky Ponting to score the most number of international centuries by a captain. Virat Kohli just needs one more century to claim the number one spot on the list that is topped together by Ponting and Kohli with 41 international hundreds as captain. Kohli has already broken a lot of records but this will be a great moment for the Indian fans.

Among the top six batsmen on the list, Kohli has the best score on matches taken per century as he approximately takes 4.58 games as captain to score a century. The list includes a lot of legendary batsman like Graeme Smith, Michael Clarke, Brian Lara while Steve Smith has had a good record while he was the captain. Steve Smith had taken only 4.65 games as captain to score a century during his campaign and it remains the second-best score among the top six.

Virat Kohli has been unbelievable in the last few years as he averages nearly 60 in his ODI career. He is one of the few players in the world to average more than 50 in all the formats. He has taken the responsibility of leading India on his back and in fact, it has brought out the best in him too. If he goes on to score at this rate, he will smash all the records and will finish as the best batsman in his era.

The first name that comes to mind when there is a big chase is Virat Kohli, who has relished mastering the Indian innings. He has taken India above the lines on numerous occasions and he is the trump card for India when it comes to chasing. He can score quickly as well as play the waiting game which makes it harder for the bowlers to take on him. He has never said no to challenges and has set the fitness standards higher for India.

Extra Responsibility for Making Him Better

India has always struggled in overseas conditions but Virat Kohli has stepped up always in overseas tours leading India to their first series win in Australia in 2018. He had a rough patch of form in the 2014 tour of England but came back strongly in the next tour to England in 2018 and reaped praises. he had taken over the captaincy from MS Dhoni in 2014 and has been the most successful captain for India in tests with an excellent record.

Virat Kohli will be aiming to go past Ponting in the ongoing 4 match test series against England at Chennai.