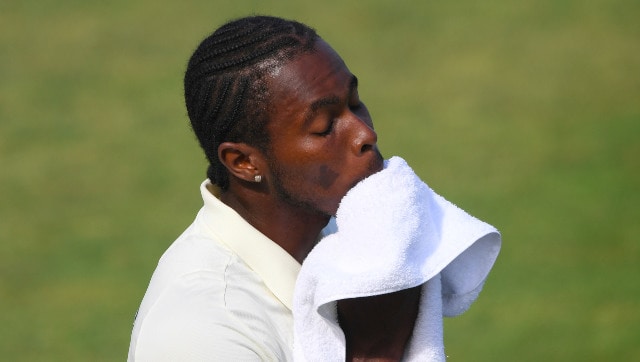 Chennai: Paceman Jofra Archer said Tuesday that “body management” will be crucial during a busy year of cricket for England as he returns after a break for the Test clash in India.

England, who have at least 17 Tests including the Ashes scheduled in 2021, begin their four-match India series in Chennai on Friday.

The 25-year-old Archer, along with Ben Stokes, was rested for the Sri Lanka tour as Joe Root’s England swept the two-Test series 2-0 last month.

“It’s going to be a long long year,” Archer told reporters after a training session in Chennai.

“We’ve got a few series coming up. I think body management is going to be essential if I want to play everything, almost everything.” The Barbados-born bowler joined his teammates including coach Chris Silverwood and Jos Buttler in lauding the England and Wales Cricket Board (ECB) for their rest-and-rotate policy during the coronavirus pandemic.

“Anyone that’s criticising it never spent time in the bubble. One golfer left after four days. We have been in here for almost a year now,” he said.

“At the end of the day humans are social people and sometimes it gets hard, especially if you’ve not had a great game or if you are not feeling good but then in cricket there is no escape.”

He added: “I think the ECB has made it really great to give people (time off), myself I had six weeks away.

“I think Jos (Buttler) is done after this game and for a little bit Sam’s (Curran) gone. So they are making a priority, everyone gets time away, so that we can come back refreshed and ready to go.”

Archer, who has become a key part of England’s pace attack since making his debut in 2019, said he is ready to be in the team bubble for a few months ahead.

“I don’t mind to be honest because I know that I would get time away so I’m just going to follow the job at hand now,” said Archer.

“And if it gets too overbearing then there is no shame in saying that. But I think right now I am good to go until at least July.”

Archer has claimed 38 wickets in 11 Tests and 37 scalps in 24 limited-overs matches for the national team.