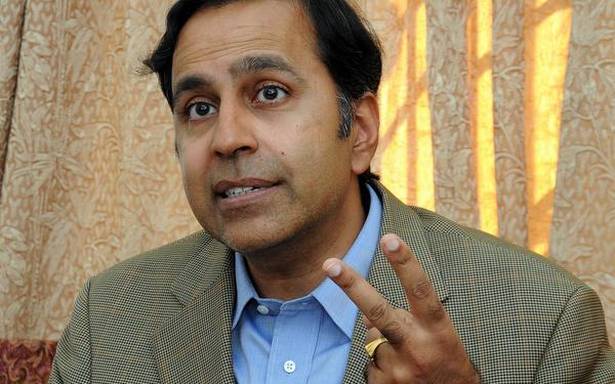 Indian-American Congressman Raja Krishnamoorthi had voted in favour of impeaching Mr. Trump in the House of Representatives, so did the three other Indian-American lawmakers – Ami Bera, Ro Khanna and Pramila Jayapal.

Indian-American Democratic Party lawmakers have supported the impeachment of former President Donald Trump for inciting his supporters for the January 6 Capitol Hill riots.

The U.S. Senate on Tuesday confirmed the constitutionality of Mr. Trump’s impeachment trial by 56-44 votes following presentation from both sides – House impeachment managers and lawyers representing the former president – paving the way for the historic impeachment trial of the 45th President of the United States who left office on January 20.

Mr. Trump, a Republican, is accused of inciting the January 6 Capitol Hill riots, threatening democracy in the country. The incident left five people dead, including a police official.

U.S. Capitol | The siege of a historical power centre

“The President incited the crowd that attacked our Capitol and our democratic institutions last month and the necessity of his conviction is as clear today as it was the day he caused United States Representatives, Senators, and their staff to flee for their lives and pray for their safety,” Indian-American Congressman Raja Krishnamoorthi said.

“Watching the former President’s impeachment trial before the Senate, I couldn’t help but reflect on the extremely disturbing events of January 6. When violent insurgents stormed the Capitol, I was forced to flee my own office with my staff after a bomb was discovered only two hundred feet from my office window,” Mr. Krishnamoorthi said.

Mr. Krishnamoorthi had voted in favour of impeaching Mr. Trump in the House of Representatives, so did the three other Indian-American lawmakers – Ami Bera, Ro Khanna and Pramila Jayapal.

“The video evidence presented at the impeachment trial – Trump whipping up the mob, then the attack on the Capitol – was chilling. We were all there. How can Senators deny that Trump incited that deadly attack on us and our democracy?” she said in a tweet.

Mr. Trump, 74, is the first President ever to have been impeached twice. From Wednesday onwards, each of the two sides – the House impeachment managers and Trump lawyers – would have up to 16 hours to present their case before the 100-member Senate for them to vote on the impeachment of Mr. Trump days later.

Both the Republicans and the Democrats have 50 members each. To impeach Mr. Trump, the Senate needs to vote the House impeachment motion by 67 votes.

Impeachment Manager Jamie Raskin, who is also a Democratic member of the U.S. House of Representatives, while defending the constitutionality of the trial said, “our case is based on cold, hard facts. It’s all about the facts. President Trump has sent his lawyers here to try to stop the Senate from hearing the facts of this case. They want to call the trial over before any evidence is even introduced.” Bruce Castor, who is representing Mr. Trump alongside attorney David Schoen, delivered a meandering argument during the first day on Tuesday of the Senate impeachment trial, including praise for the House impeachment managers for a presentation that he said was “well done,” CNN reported.

On February 3, in the trail brief, the House Impeachment Managers alleged that in a grievous betrayal of his Oath of Office, Mr. Trump incited a violent mob to attack the United States Capitol during the Joint Session, thus impeding Congress’s confirmation of Joseph R. Biden, Jr. as the winner of the Presidential election. As it stormed the Capitol, the mob yelled out ‘President Trump Sent Us,’ ‘Hang Mike Pence,’ and ‘Traitor Traitor Traitor.’” In response, Mr. Trump’s lawyers said that the impeachment trial is unconstitutional. The provisions do not apply to Trump, “since he is no longer ‘’President,”” his lawyers say.