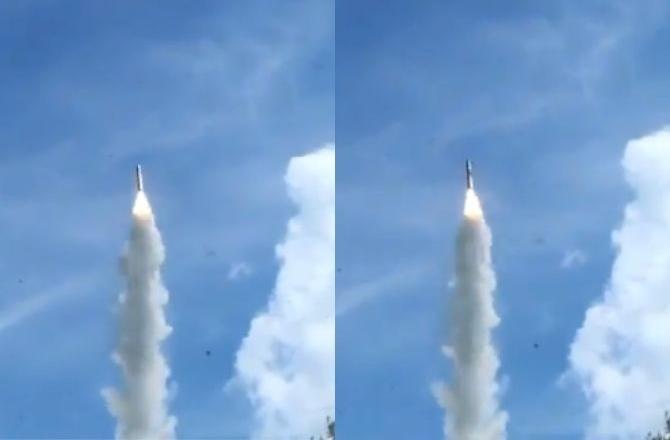 Indian Army and Indian Air Force today conducted one test each of BrahMos supersonic cruise missile in the Andaman and Nicobar Islands territory. Both the tests of DRDO-developed missile were successful.

#UPDATE | The testfiring of the surface-to-surface variant of the BrahMos supersonic cruise missile with a strike range of 300 Km was successful. The Indian Air Force has both land and air-launched versions of the missile. https://t.co/o8t2ueYO26

“The test was conducted by the Indian Army which has many regiments of the DRDO-developed Missile system. The strike range of BrahMos missile has now been enhanced to over 400 km,” sources said.

The BrahMos supersonic cruise missile is the world’s fastest operational system in its class and recently DRDO has extended the range of the missile system from the existing 298 km to around 450 km. In the last two months, DRDO has been successful in testing both new and existing missile systems including the Shaurya missile system which can hit targets at over 800 km and technology demonstration vehicles for hypersonic missile technology.

Last month, the Indian Navy had also carried out the test firing of the BrahMos missile from its warship INS Chennai to showcase its capability to strike targets at ranges more than 400 km in high seas. India is also working on finding export markets for the supersonic cruise missile which has been indigenised to a large extent by the DRDO under its project PJ 10.

After the launch of the joint venture between India and Russia in the late 90s, the BrahMos supersonic cruise missile has become a potent weapon for all three armed forces.