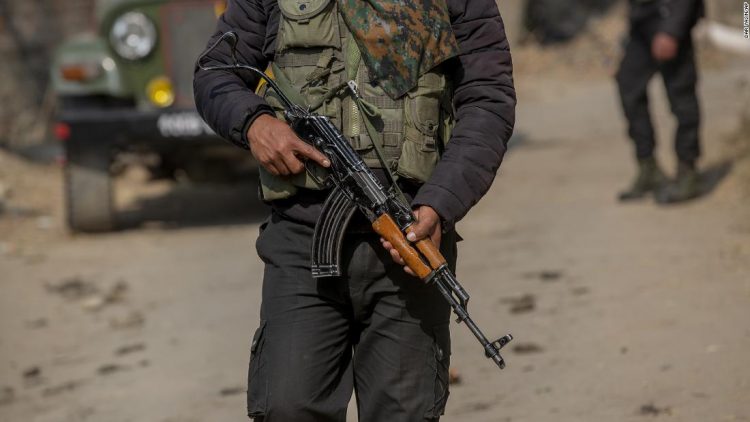 The men — laborers Abrar Ahmad Khan, Imtiyaz Ahmad and Abrar Ahmad Yousuf, who had left their homes to look for work — were killed in an army operation in July. Local police recovered pistols and live cartridges from the scene, and a special investigations unit said the army had initially portrayed the victims as “militants.”

In a statement Sunday, police accused Captain Bhoopendra Singh and one other of having kidnapped and killed the men, saying they had staged the murders as a fake military encounter and “planted illegally acquired weapons and material on their dead bodies after stripping them of their identities and tagged them as hardcore terrorists.”

Police added Singh had “deliberately and purposefully” chosen not to follow standard operating procedures in Kashmir.

The Indian Army has not indicated whether the captain will be tried under civilian jurisdiction or in a military court. Under an emergency law enacted in Jammu and Kashmir since 1990, Indian army soldiers cannot be tried in civilian courts under ordinary jurisdiction without the permission of the federal government.

Parts of the wider Kashmir region are claimed by India, Pakistan and China, while local groups have also fought for greater autonomy or complete independence. Thousands of people have died in the decades-long conflict, and activists have routinely complained of human rights violations by authorities and Indian soldiers.

Prosecutions of army officers for alleged offenses and abuses are rare, however, and similar claims of staged incidents have been made in the past, making the investigation and charges all the more unusual.

Last year, the Indian government split the former state of Jammu and Kashmir into two union territories, revoking its former limited-autonomy and increasing New Delhi’s control over the Muslim-majority region.
Tens of thousands of troops were sent into the region in a major crackdown, accompanied by an internet blackout and severe restrictions on journalists.