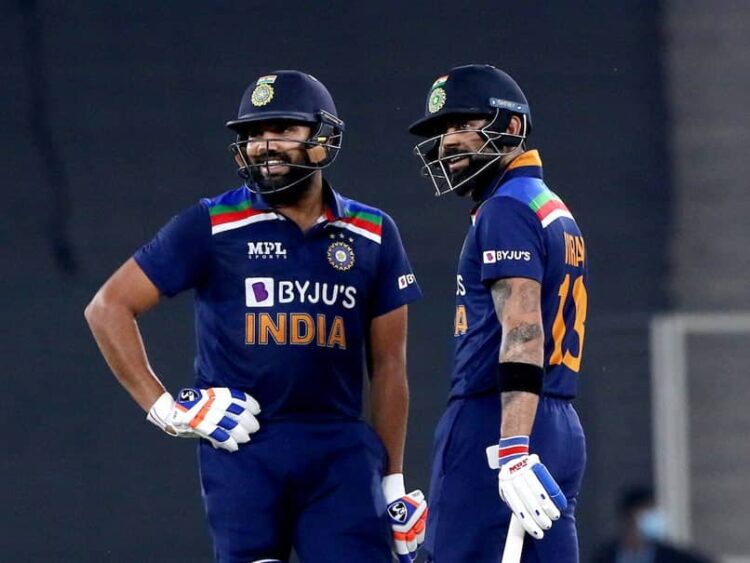 VVS Laxman said Indian batsmen struggling against spin bowling has become a pattern as he cited the examples of world-class batsmen Virat Kohli and Rohit Sharma.

Former India cricketer VVS Laxman said the Indian batsmen struggling to deal with spin has become a pattern these days after skipper Virat Kohli and vice-captain Rohit Sharma were both dismissed by spinners in the third ODI against England on Sunday.

VVS Laxman: Both Virat Kohli And Rohit Sharma Will Be Disappointed As They Were Dismissed By Spinners Which Has Become A Pattern

Virat Kohli’s struggles against spin have been left exposed in the last couple of years as the Indian captain has found it hard to get going against the turners in white-ball cricket.

“The dismissal of KL Rahul was really unfortunate but then both Virat Kohli and Rohit Sharma will be disappointed when they see their dismissal in the replay. This has almost become a pattern against the spinners,” VVS Laxman said on Star Sports.

“Rohit not being able to read the googly against Adil Rashid. And then Virat Kohli looked to play through the off-side against the turn, giving himself room and then missing it. It’s definitely a cause of concern because Indian players are supposed to be excellent batsmen against spin bowling,” he added.

In the recent past, the duo has often been dismissed by spinners in white-ball cricket, which is a cause of concern for Team India, according to VVS Laxman.

On Sunday, Virat Kohli was once again dismissed cheaply by England spinner Moeen Ali after scoring only 7 runs off ten balls in the series-decider in Pune. Virat Kohli, who had earlier been dismissed by spinner Adil Rashid in the second ODI, saw his stumps getting castled by Moeen Ali in the 3rd ODI. Rohit Sharma, on the other hand, was bowled by Adil Rashid after scoring 37 off 37 deliveries.

The dismissals of the duo didn’t come back to haunt India as the hosts rode on half-centuries from Shikhar Dhawan (67), Rishabh Pant (78), and Hardik Pandya (64) to help India post a match-winning total of 329 runs on the board.

Sam Curran produced a scare for India with an unbeaten 95 during England’s run-chase but his efforts were not enough to take the visitors home as India won the game by 7 runs to win the series 2-1.