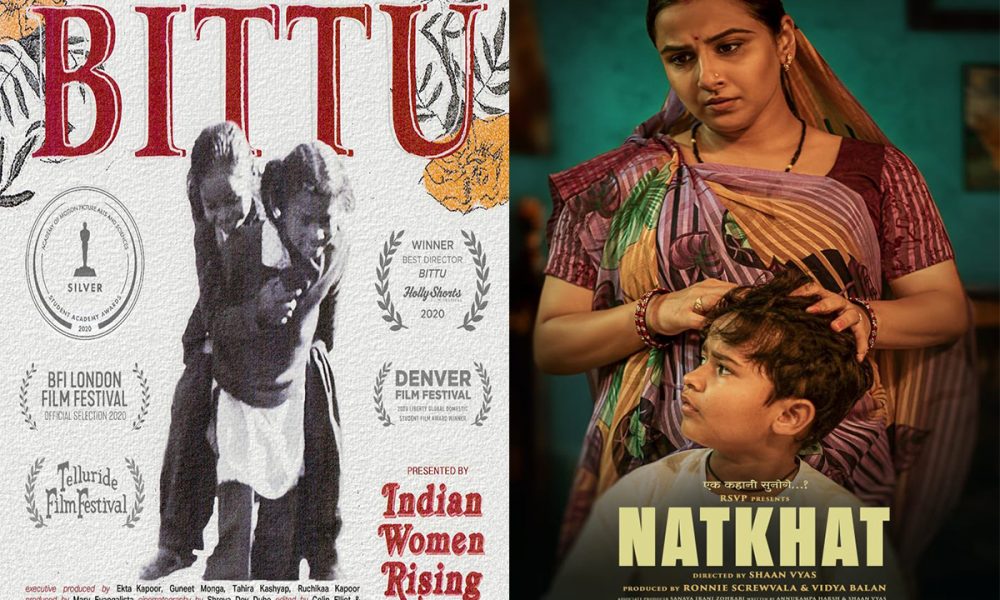 Academy Awards or the Oscars are one of the most popular and honourable awards on an international level. Every year the jury selects movies with the best artistic and technical merit that gets presented with an award. There have been quite a few Indian films that have made it to the Oscars. These are Lagaan, Salaam Bombay and Mother India.

This year many films from India were made eligible for getting an Oscar. Although the final nominated entries will be revealed later, here is a list of films we have high hopes from:

This short film has been written and directed by Keith Gomes and made it to the ‘Best Live-Action Short Film’ category. The films of 15 minutes and stars Hussain Dalal, Rishabh Kapoor and Sayani Gupta in the lead roles. The theme of shameless is how humans are becoming slaves to technology and losing their human spirits along the way.

Starring Vidya Balan, this short film also created Oscar buzz as it depicted a hard-hitting issue about the patriarchal society and rape culture. The film is in the form of a conversation between a mom and her son who live in a conservative household. Natkhat has been directed by Shaan Vyas and produced by Ronnie Screwvala and Vidya Balan herself.

In a year full of challenges, feel extremely happy to announce #KaliraAtita has made its entry into the Oscar race in general entry category 4 best picture, Best Actor, Best Director & many other categories. It’s being made available for academy screening, Grateful to everyone 🙏 pic.twitter.com/r5U5taf36p

This film is in Odiya language and directed by internationally acclaimed filmmaker Nila Madhab Panda. It made it to the general entry category and deals with the issue of climate change that leads to many villages set up on the eastern coast of India disappearing.

More power to @IndWomenRising a cinema collective supporting women creators & filmmakers 🙌❤️ #Bittu by #KarishmaDevDube is a brilliant short film & after winning student Oscars, it’s now in the running for the Oscars. Congrats & my best wishes to the team for this great feat. pic.twitter.com/mwdr5eHRnn

Prior to the Oscars, the film has already been 18 awards on an international level. The story is between two young school going girls and how did life changes after a tragic incident. It is inspired by a true event and got directed by Karishma Dev Dube. Bittu is nominated for the best live action short category.

The film was made available in the Academy screening room and has joined the Oscar race with nominations in category like Best actor, Best actress, Best Director, Best Original score, etc. The film was about an ex-army officer who wished to start an airline with a low-cost which is accessible to everyone. Superstar Suriya starred as the lead.

Back to Top
Close Add post
X
Kim Kardashian Spotted Without Wedding Ring Amid Kanye West Divorce…GossipsLeaving it behind. Kim Kardashian was spotted without her wedding ring on the night before she filed for divorce from estranged husband Kanye West.  T…

X
Chris D’elia Returns In Youtube Video After Sexual Harassment Allegations…GossipsChris D’elia went from one of the most popular comedians-turned-actors to losing everything because of his inappropriate behavior. The podcaster stepp…
close