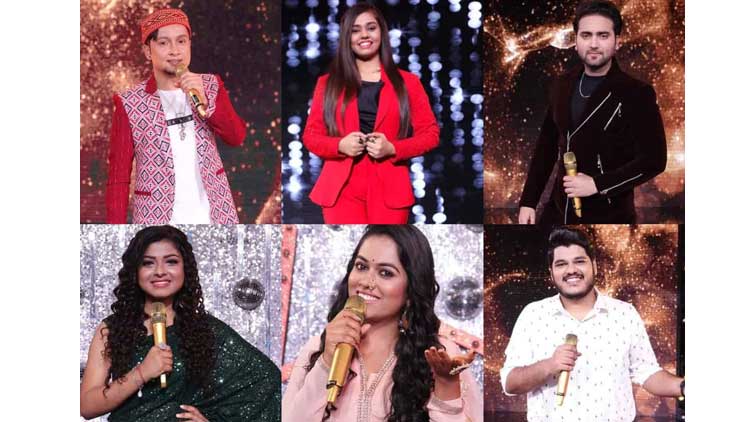 Indian Idol 12 has been a riveting ride in this season. The show is yet again back this weekend and ruling the TRP charts. This weekend episode ( 3rd July and 4th July) has some special surprises up its sleeve. It is the ‘Monsoon Special with Shatrughan and Poonam Sinha ’ Episode. The contestants are belting songs from the star’s rich cinematic history. The contestants are competing in this extraordinary episode. Let’s see what the weekend has in store for us.

This season has had its fair share of controversies, from Aditya Narayan’s actions to the immense trolling of a few contestants. Netizens and viewers have been divided on Indian Idol Season 12. A lot has happened over the last few weeks, and now  the Top 7 performers are home to fight the battle for the title of Indian Idol.

This episode (3rd July) will feature performances dedicated to the evergreen stars Shatrughan and Poonam Sinha. The performances will have the retro touch of the songs belonging to their era. The participants are in full regalia and the soulful music is in the air. They are thrilled to perform for the legendary star, Shatrughan Sinha who will share his experiences and advice with the participants.

Idol Ashish belts out this amazing rendition of “Yamma Yamma” from the legendary film Sholay. The energy is so infectious that even the judges are dancing. Sinha praised his ability to stay “relaxed” despite the stress and the crucial stage of the competition. Ashish is beaming after interacting with his hero. But the night seems to be extra special for one contestant. Idol Danish is getting praised for that his “singing is out of this world.”

The contestants will have to campaign for their places on the stage with some innovative performances from their turf. The top 7 are: