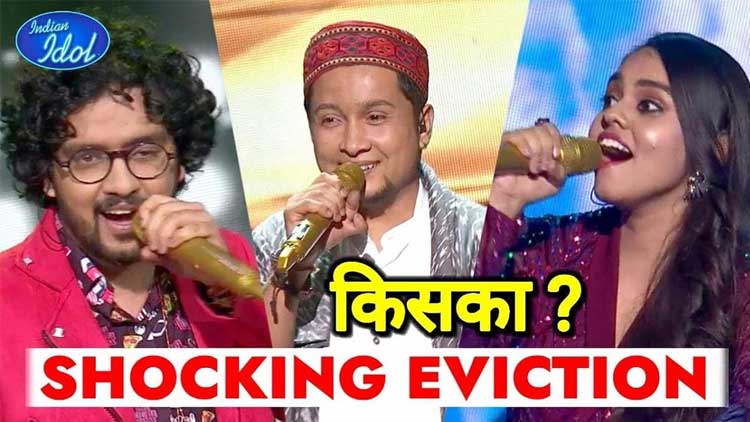 India’s loved singing reality show, Indian Idol Season 12 will feature an epic episode on Sunday, the 11th of July 2021. The top 7 Indian Idols prep up for the race to the finale while yet another elimination suspense beckons. The Grand finale of Indian Idol 12 will feature five of the seven Idols while one of them will be shockingly eliminated in today’s episode.

The judges’ panel featuring Anu Malik, Himesh Reshmaiyaa, and Sonu Kakkar will witness some of the emotional performances of this weekend. The special renditions on Sunday’s episode will feature the Women’s special tribute episode. However, the audience is eagerly awaiting the next elimination of Indian Idol 12.

The grand unveiling of the Indian Idol 12 trophy takes place in the presence of legendary singer, Asha Bhosle. The top seven Idols have a task cut out in todays and the upcoming episodes. However, the competition on Sunday took to a new level as one male contestant faces elimination this week.

Pawandeep performed to his best ability along with Asha Bhosle on the stage of Indian Idol 12. However, Pawandeep faces a shocking announcement at the end of the episode on Sunday. His best mate from the show, Ashish Kulkarni faces massive elimination risk this week.

Idol Shanmukhapriya performed one of the best songs from Asha Bhosle’s albums in this week’s Indian Idol 12 episode. She performed the song, ‘Duniya Mein Logon Ko’ which impressed Asha Bhosle. However, with every elimination, the netizens target the contestant from Andhra Pradhesh about her position in the top 7.

A major surprise awaits the audience and the judges as one of the contestants will fall short of his/her Indian Idol 12 grand finale dream. Sawai Bhatt and Anjali were the last two eliminations while Shanmukha Priya continues to face the wrath of the audience for her selective favoritism.

Nihal, Danish, and Shanmuka Priya were the bottom three contestants facing the risk of elimination last week. However, the netizens will voice their dissent against this decision after today’s episode. Nevertheless, this decision is a big blow to Ashish’s prospects as a potential finalist in Indian Idol 12.

Indian Idol 12 is telecasted on Sony TV at 9:30 PM IST as Super Dancer Chapter 4 took its slot at 8:00 PM on Saturdays and Sundays.