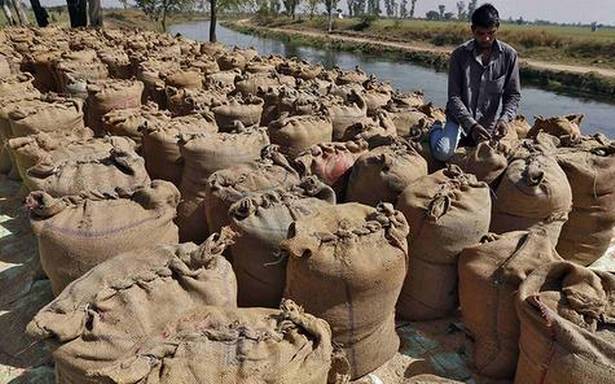 Though new opportunities are opening up for Indian rice exporters, especially for non-basmati, they are currently keen on fulfilling their contracts following logistics hurdles.

“Logistics in rice exporters has emerged as the biggest challenge. It seems to be going out of control but we are trying our best to fulfil the contracts signed than chasing new deals,” said BV Krishna Rao, President, The Rice Exporters Association (TREA).

The exporters’ view is on the heels of increasing demand for Indian rice in the global market.

Union Minister of Commerce and Industry Piyush Goyal told the Lok Sabha in a written reply on Wednesday that rice exports during April-January this fiscal were 9.46 million tonnes (mt) compared with 5.05 mt the whole of last fiscal. Exports have fetched $3,505.74 million this fiscal against $2,031.25 million the previous one.

“The offtake of Indian rice in the global market is good. Indian rice now holds an edge over its principal competitor Thailand on quality and a strong currency is also keeping the South-East Asia country’s rice costly,” said an export-import official of a multinational company, who did not wish to be identified.

The US Department of Agriculture (USDA), in its latest outlook, expects Thailand rice production to recover 12 per cent during the 2021-22 (August-July) marketing year after the output has been affected this season as also the previous one.

However, the USDA projected a two per cent higher domestic consumption and another two per cent growth in broken rice demand for swine feed. But it expects shipments from No 2 exporter rice exports from Thailand , the world’s second-largest exporter, to recover gradually.

Rice exporters could also get opportunities through the unrest in Myanmar after the army coup there. The USDA said that exports were forecast to be weak this month, while Myanmar domestic prices increased on dislocation of transportation and banking services. The Philippines and Ivory Coast bought rice from Myanmar in January, apart from China.

The multinational export-import official said India, the world’s largest rice exporter and second-largest producer, could smell commercial opportunities in view of Myanmar problems. “But China will pick up most of Myanmar’s production and will take it across the border,” he said.

TREA’s Krishna Rao said Vietnam, the world’s third-largest exporter, was buying rice cargoes from India, while Sri Lanka and Indonesia, too, have turned towards India for supplies. The Philippines could also soon turn to India for rice supply.

“This will add to additional demand for Indian rice but we are looking at ways to complete our contracts, particularly with freight and container charges increasing,” he said.

More importantly, while the pace of Indian rice exports has picked up after the Andhra Pradesh government allowed the use of Kakinada deep water port, exporters are awaiting ships currently.

“At one point of time, we were waiting for the ship to berth at the Kakinada port. Now, the berth is available, but ships availability is a problem,” Krishna Rao said.

“Those who have bought on free-on-board basis are not bringing in the vessels, while those who have sold on cost and freight basis are paying higher charges,” the TREA president said.

During the current fiscal, India has been able to take advantage of record rice production and huge stocks in its warehouses to double its shipments.

Besides, these developments have helped Indian exporters to offer rice at a very competitive price in the global market.

According to the Ministry of Agriculture and Farmers’ Welfare, India produced a record 118.87 mt of rice during the 2019-20 (July-June) season, while during the current season the output is estimated to be a new record of 120.32 mt.

This resulted in India offering its rice about $100 (₹7,275) a tonne lower than competing nations such as Thailand and Vietnam.