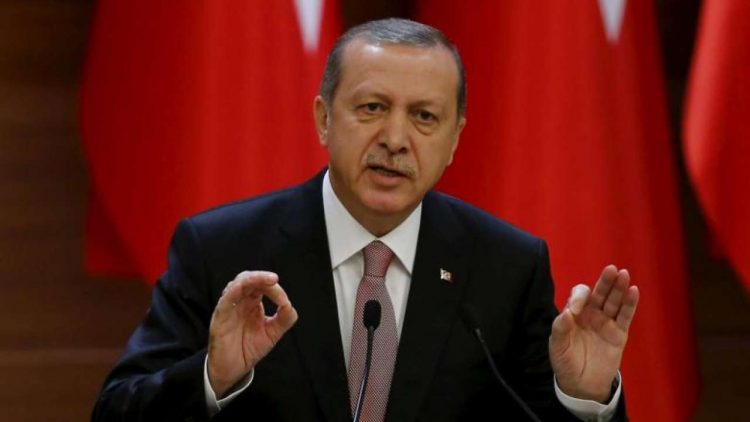 Taking his anti-India stance on Jammu and Kashmir (J&K) matter a notch further, Turkey President Recep Tayyip Erdogan is raising his efforts to influence the issue.

Many Turkey-based Islamist charity organisations and Turkish NGOs have launched a blitzkrieg in Jammu and Kashmir, especially after the abrogation of Article 370. Their activities intensified in the Union Territory during Ramadan.

“One of the most prominent and powerful Turkey-based NGO, which has a worldwide presence and most of its units are located abroad, was found to be indulging in anti-India activities. During last Ramadan,the organisation distributed food and money in the form of zakat in J&K. It also organised a charity programme on Eid. Organisation’s unit in Germany also conducted charity for Kashmir and extended its support for the separatist elements” said a senior officer deployed in the Central security establishment.

Observers of Islamist charity organisations believe that the NGO has been floated by Turkey’s Religious Directorate, Diyanet — an organization aggressively promoting Erdogan’s religious agenda. The organisation is also a member of the Union of NGOs of Islamic World — IDSB.

The IDSB is an umbrella organisation of Islamist NGOs controlled by Diyanet and has been tasked with promoting Erdogan’s geopolitical agenda. The IDSB also issued a statement criticizing India’s move to abrogate Article 370 and termed it a ‘threat to global peace and stability’. It has also pulled in a number of Indian Islamic NGOs in its fold, thereby working to subvert and converge entities for furthering Erdogan’s interests in India, along with the world.

Another major outfit with significant presence in J&K and other parts of India is Hayder Foundation. The organisation has been conducting charity work in Kashmir and has intensified its activities post August 5, 2019. It organises ‘Yesevi Supper’, based on the organisation’s Turkish name, all over India. A couple of locals have confessed that the organisation is promoting political Islam in the region and garnering support for Erdogan.

Besides major organisations, Turkish entities are also registering their presence in the Kashmir valley in tits and bits. Through minor, but countless activities, Turkish organisations are working gradually to spread all over J&K. For example, Dora Kubra Yildiz – a prominent member of Erdogan’s party and office bearer of Turkish NGO ‘One Packet of Happiness’, claimed to organise a hand-pump charity in Kashmir in July 2020.

Besides their activities in J&K, Turkish NGOs are also subverting Indian students studying in Turkey on the issue of J&K through events and organizational memberships. They specially target Kashmiri students and invite them as participants and speakers in events organised on the Kashmir issue. Till date, over a dozen anti-India events have been organised in Turkey after abrogation of Article 370, partnered by Pakistani outfits based in Turkey. A number of ISI proxies attend the event along with diplomats of Pakistani missions, including the Pakistani Ambassador to Turkey himself.

Apparently, the biggest damage that is being done to India is by two Turkish organisations controlled by Erdogan’s party and his son Bilal Erdogan. These organisations are — YTB (Turks Abroad and Related Communities) and TUGVA (Turkey Youth Foundation). These two organisations select Indian students for providing scholarships to study in Turkey and assist them in admission and settling down.

“Once the students reach Turkey, they get associated with these two organizations and most of them end up as active cadres. Since the past few years, the number of Kashmiri students receiving scholarships by these organisations has significantly increased. Further, upon the return of these students back to India, they act as ambassadors of Erdogan’s party and further contribute to the selection process for scholarship, besides other things. The Turkish Embassy in India ensures maintaining a perennial contact with these students,” a source aware of the developments told Zee News.

The role of Turkish missions in India also needs to be highlighted. Turkish missions have been able to build a strong support base in Islamic institutes and the ones that run courses in Turkish language like Aligarh Muslim University, Jamia Millia Islamia, Maulana Azad National Urdu University, besides many others.

A number of student leaders argue that Turkey has also been able to make inroads in the students’ politics in India, Students Islamic Organisation – one of the strongest student outfits in India has a strong base in states like Uttar Pradesh, Telangana, New Delhi and Jammu and Kashmir.

Islamic Students Circle (ISC), a subset of SIO, is believed to operate under Turkish influence. Reportedly, it believes in Erdogan’s idea of political Islam and is on an undeclared mission to promote Erdogan as the tallest leader of Muslim Ummah all over India and as Messiah of Kashmir in J&K.

Turkey has also transcended the Line of Control (LoC) in an attempt to exert its influence in Jammu and Kashmir. The only difference is that the efforts made on the other side of the LoC are overt in nature. Besides succeeding to expand its political Islam in PoK and Gilgit-Baltistan (G-B), it has also taken its business interests to these areas. Turkish companies have already set up their projects in PoK and G-B, which are making profits by exploiting these resource and mineral rich areas. Several projects are being run by Turkish aid agencies in these two territories.

Recently, a senior official from Turkish Cooperation and Coordination Agency (TIKA) – Gokhan Umut visited PoK and G-B and met Ali Amin Gandapur – Pakistani Minister for Kashmir Affairs and Gilgit-Baltistan. Both of them allegedly brainstormed on the ways to increase Turkey’s participation as well as its investments in PoK and G-B.

Gandapur also invited Umut for investing in G-B, which is already opposing the entry of companies and CPEC and alleging the stakeholders of the projects to breach human rights of the locals, changing ethnic demography, and degrading the environment. Turkey has also been sending its media personnel from Anadolu Agency and TRT to send pro-Pakistani andanti-India reportage and G-B.

Turkey, through its covert operations in J&K and overt activities in PoK and G-B has ensured an all round degradation of Jammu and Kashmir. Turkish activities are destroying every USP that Jammu and Kashmir has, from scenic beauty and natural resources to multi ethnic demography and Sufi culture- Turkey is destroying all.

The commotions of Turkish organizations in J&K are not only leading to instability in the region, but also posing a lot of threat to India’s national security. It is also believed that these organizations are indulged in money laundering, breaching the FRCA (Foreign Contributions Regulation Act).

These organisations are also believed to be indulged in terror financing in Kashmir through charity, zakat, and unaccounted foreign money. Besides, they have also been successful in promoting radical Islam throughout the nation, especially, along the stretches with Muslim majority.

Radicalisation by these outfits has also begun to bear fruits as they are believed to be the actual forces behind multiple trivial incidents of violence. Hence, it becomes necessary for the Indian law enforcement agencies to track down the links of these Islamist charity organisations and launch a crackdown to ensure stability in J&K and national security of India.