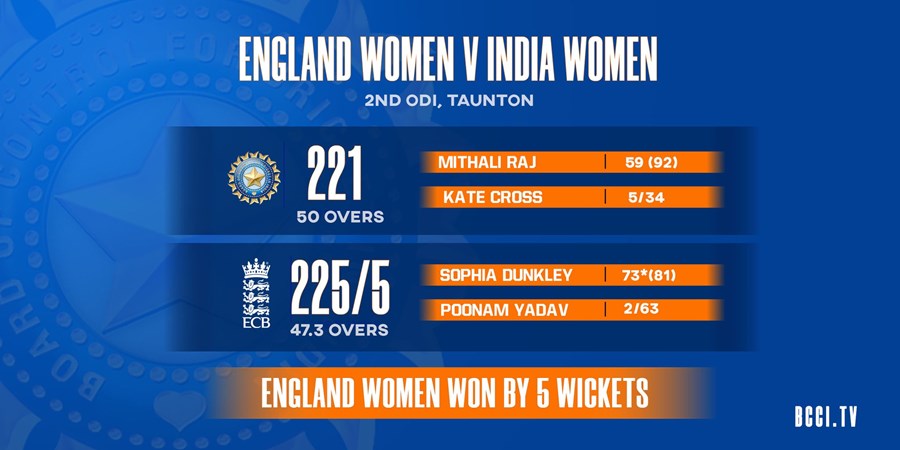 India lost the series by five wickets in the second ODI between India and England women’s cricket team played yesterday. In this match too, England won the toss and decided to bowl, due to which India scored only 221 runs in the stipulated 50 overs and the whole team returned to the pavilion.

Captain Mithali Raj scored 59 runs for India and opener Shefali Verma scored 44 runs. However, the toughest bowler for India was Kat Kroos, who took five wickets for 34 runs in the stipulated 10 overs. England did not start well to get the target of 222 runs and the Indian bowlers were also successful in taking wickets but the team’s medium heat player Sophia Dunkli played a brilliant 73 runs to save the England team and get the victory.

England won this match by five wickets. The last match between the two teams will be played on July 3 where the Indian cricket team will definitely try to avoid a clean sweep.