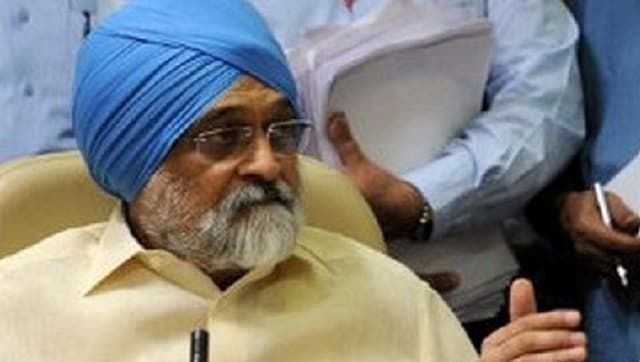 Addressing a virtual event organised by the Centre for Social and Economic Progress, the former chairperson of the Planning Commission added that India isn’t going to be part of the global supply chain if it keeps increasing tariffs

New Delhi: Terming India’s decision to pull out of the Regional Comprehensive Economic Partnership (RCEP) as a ‘mistake’, former deputy chairman of the now-defunct Planning Commission Montek Singh Ahluwalia on Thursday said the country should join the trading bloc ‘as soon as possible’.

Addressing a virtual event organised by the Centre for Social and Economic Progress, Ahluwalia further said India is not going to be part of the global supply chain if the country keeps increasing tariffs.

“Why have we walked out of the RCEP? We have been negotiating it for some time…To my mind, it is a mistake, RCEP allowed a very long adjustment period,” he said.

Ahluwalia blamed substantial lobbying by small and inefficient industries for India’s decision to pull out of the RCEP.

“This is only the result of substantial lobbying by small and inefficient industries … We should join RCEP as soon as possible,” he asserted.
The eminent economist also pointed out that before 1991, India’s policies were described as protectionist.

“Somewhat we appear to be stepping back, in the last 3-4 years, there have been increases in tariffs,” he added. Ahluwalia noted that India failed to create high quality jobs in manufacturing.

India, one of the leading consumer-driven market in the region, pulled out of talks last year, concerned that the elimination of tariffs would open its markets to a flood of imports that could harm local producers.

The RCEP was first proposed in 2012 and loops in 10 ASEAN economies- Indonesia, Malaysia, the Philippines, Singapore, Thailand, Brunei, Vietnam, Laos, Myanmar and Cambodia- along with China, Japan, South Korea, New Zealand and Australia.