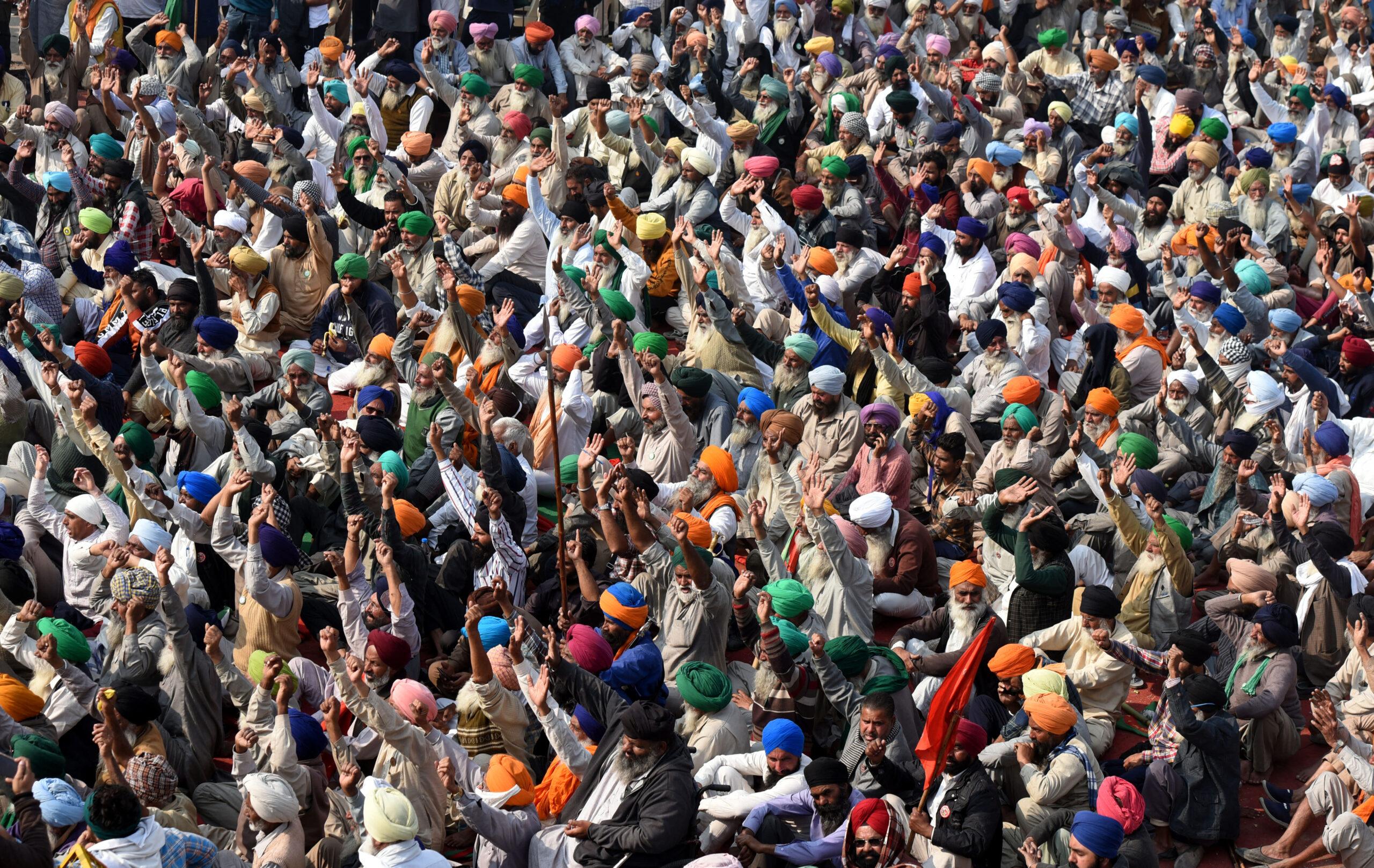 SINGAPORE — Government officials in India are set to meet with farmer representatives on Thursday for the fourth time in a bid to resolve grievances on farm reforms.

Tens of thousands of farmers, most of them from northern states of Punjab and Haryana, have taken to the streets in protest against the farm reforms that were enacted into law this year.

Braving the harsh winter and the ongoing coronavirus pandemic, many marched toward New Delhi and camped out on the city’s outskirts, Reuters reported. The protesting farmers also claim they have support from all over the country, the news wire said.

The three reforms would chip away some of the rules that have protected India’s farmers for decades and would subject them to unfettered free-market mechanisms where competition would be high.

Agriculture is the primary source of livelihood for about 58% of India’s population but accounts for around 15% of GDP.

The first one would allow farmers to sell their produce directly to traders and companies, including supermarkets and online grocers, as well as to retail customers — whoever offers a higher price. The farmers would be able to do so without being taxed for those sales.

Farmers typically bring and sell most of their produce at state government-controlled market places, or mandis, which are operated by marketing boards called the Agricultural Produce Market Committee (APMC).

While they exist to ensure farmers are not exploited by middlemen who might force them to sell their produce at very low prices, experts have suggested that APMCs often work against the interest of less endowed farmers due to layers of intermediaries.

Under the new bill, farmers can sell their produce both at the mandis and also directly to buyers from the fields. To be clear, in some states, farmers can already sell directly to cash and carry retailers.

The third bill reduces the central government’s involvement in regulating supply of certain food items, allowing them to do so only under extenuating circumstances like war or famine. It will allow buyers to purchase, store and distribute food items such as like cereals, pulses, onions, potatoes, oils without restriction.

The government said it expects this to help drive up investments and modernization of the food supply chain.

Why farmers are protesting

Farmers have been struggling for years due to low crop prices, rising costs, demonetization and widespread droughts even though there have been generous government subsidies and income tax exemptions. Many farmers have fallen into debt that’s led to a rise in farmer suicides in recent years.

One of the main concerns from the protesting farmers is that the bills do not mention anything about minimum support prices (MSP) and there is growing worry that India may do away with it altogether, according to media reports.

MSPs are essentially a safety net provided by the government in case prices drop for certain crops, mainly rice and wheat. The government would guarantee a certain price to farmers regardless of market conditions and government agencies would buy some of those crops at that price.

The worry is that if MSPs are dropped, large corporations could potentially set prices that would put farmers at a further disadvantage. But the Indian government, including Prime Minister Narendra Modi, has reiterated that MSPs and government procurement would not be eliminated. Protesters are demanding that the government guarantee that in writing.

With many agricultural inputs — such as seeds, fertilizers, and machinery — already controlled by private sector companies, data shows that cost of producing crops is rising at a much faster pace than the increase in their prices, Kundu said. That’s reducing the crop sector’s value, he added.

Kundu explained that farmers also fear that the bills could be a pre-cursor to the government removing free electricity and water that farmers receive for their farm work. Not being able to price scarce natural resources leads to wastage at a time when India is facing water-scarcity and state-controlled electricity boards are facing losses, according to Kundu.

“We suggested earlier that the government should ensure availability of these resources at market price to the farmers while giving them specific subsidies to ensure optimal usage and reduce unnecessary wastage,” he added.

Continued excess production of certain crops would “massively distort markets” and make Indian agriculture non-competitive, according to Ashok Gulati, an Indian agriculture economist and former chairman of a government advisory body on food supplies and pricing.

Still, farmers’ concerns need to be addressed, according to Kundu.

“While the government cannot be faulted for the intent to do away with incentives that lead to (a) sub-optimal outcome, it is also important to regulate and bring in adequate checks and balances to ensure that the corporate procurement process does not lead to farmers’ interest being harmed,” he said.

Prior to Thursday’s meeting, the government told farmer representatives to identify specific issues related to the farm reforms for discussion.