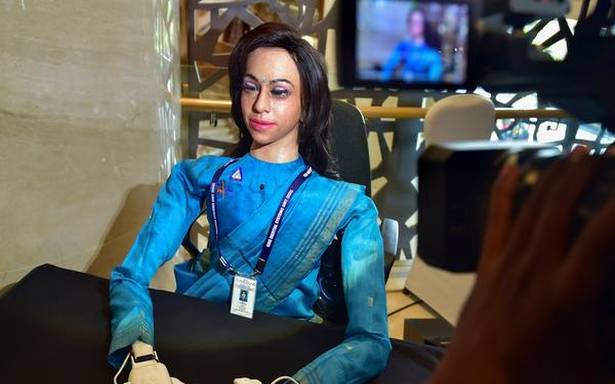 India’s first human space flight mission Gaganyaan is likely to be delayed by one year due to the adverse impact from the COVID-19 pandemic, according to Indian Space Research Organisation (ISRO) officials.

As per the mandate of Gaganyaan, two uncrewed missions would be undertaken prior to the manned mission.

“That will be delayed because of COVID,” said ISRO Chairman, Kailasavadivoo Sivan.

“We are targeting for sometime next year-end or the subsequent year,” he said on the expected time-line for the first of the two proposed uncrewed missions.

The Gaganyaan project has the objective of demonstrating human space flight capability to Low Earth Orbit with three crew members in orbit and safely recovering them after the mission.

Bengaluru-headquartered ISRO said last month its heavy lift launcher, GSLV MkIII is identified for the Gaganyaan mission and the process for human rating of this rocket is in progress.

Also read: Gaganyaan trainees back at astronaut classes in Moscow

The high thrust solid propellant strap-on boosters S200 play an important role in the human-rated GSLV MkIII. In order to human rate the booster, many new design features have been introduced in the hardware.

The first critical booster segment of the motor case with a diameter of 3.2 metre, 8.5 metre in length and weighing 5.5 tons has been indigenously developed and delivered by L&T to ISRO.

“This is the first step towards the uncrewed space mission,” an ISRO official said.

Mr. Sivan also said the work on the Chandrayaan-3 mission, comprising a lander and a rover, is in progress.

“We have not yet fixed the schedule (for the Chandrayaan-3 launch),” he said.

On the proposed orbiter mission to Venus, Shukrayaan, he said ISRO is yet to finalise the payloads, adding, work on the project is going on.

According to ISRO officials, the space agency has short-listed 20 space-based experiment proposals for the Shukrayaan mission to study the planet for more than four years.

They include “collaborative contributions” from Russia, France, Sweden and Germany, sources in the space agency said.

ISRO was eyeing June, 2023 for the country’s first mission to Venus.

“But we are currently reviewing this mission timeline due to delays arising from the pandemic situation,” an ISRO official said.

It was noted that the optimal launch window (when Venus is closest to the Earth) comes about every 19 months.

Of the Indian and international payload proposals it received in response to an announcement of opportunity for novel space-based experiments to study Venus, ISRO has shortlisted 20.