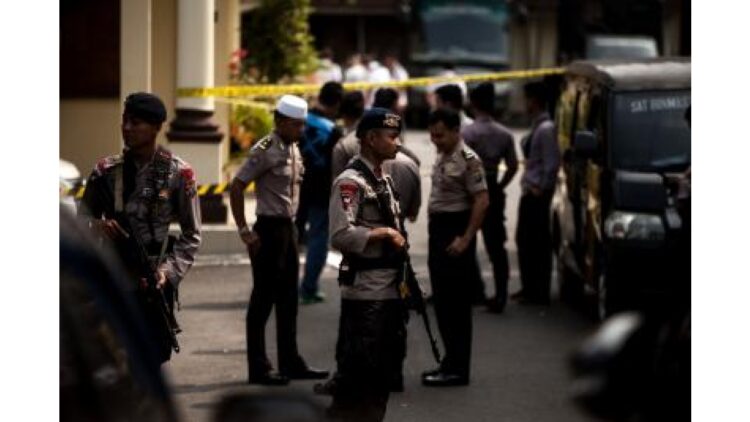 Twenty people were injured when two people on a motorbike detonated explosives as they were being stopped by security guards at the gate of the Sacred Heart of Jesus Cathedral in the provincial capital of Makassar on Sunday, reports dpa news agency.

The suspects belonged to the local branch of the militant network Jamaah Ansharut Daulah (JAD) and were linked to another couple who carried out a deadly twin-bombing in the Philippines in 2019 that claimed the lives of 23 people, national police spokesperson Argo Yuwono said.

“The couple got married six months ago,” Argo told reporters.

“The person belonged to the group whose members were arrested some time ago,” Listyo said, referring to the arrest of 18 JAD suspects and the killing of two others in Makassar in January.

“This group is connected to the group that carried out the attack in Jolo,” he added.

JAD has been blamed for a series of militant attacks in Indonesia in recent years, including suicide attacks on three churches in Surabaya, the country’s second-largest city, in 2018.