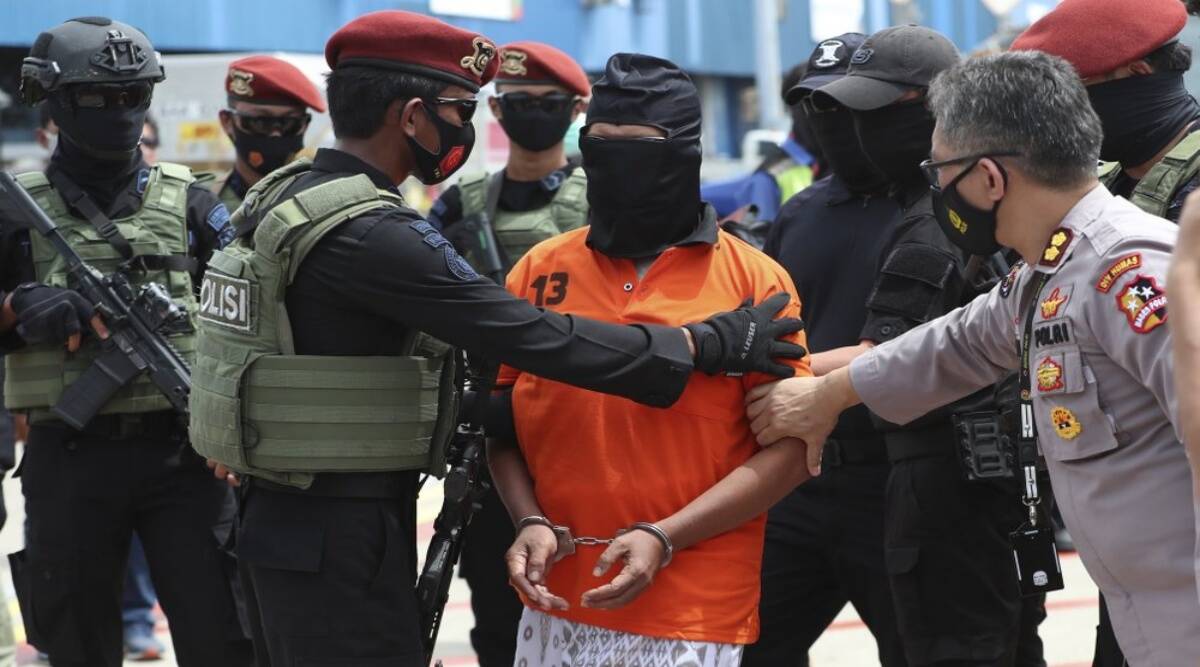 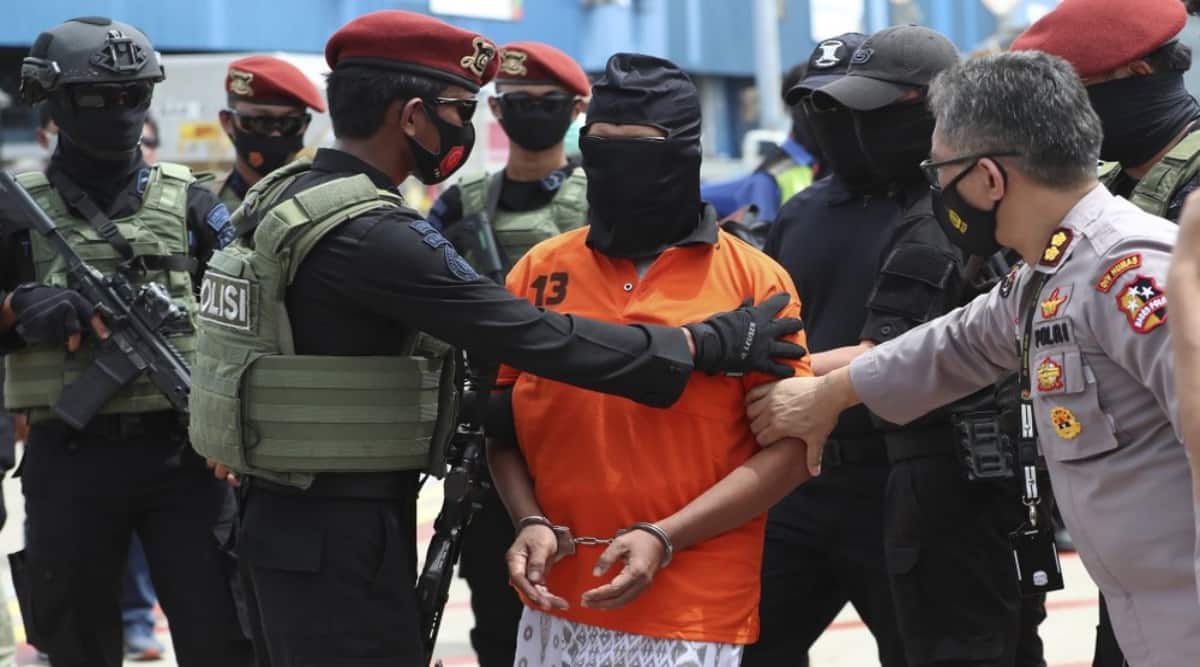 Indonesian authorities transferred 23 suspected militants arrested in recent weeks to the capital on Wednesday, including a man suspected of helping make the bombs for the deadly 2002 attacks on the island of Bali.

Among those transferred was Aris Sumarsono, better known as Zulkarnaen, who is accused of involvement in making a number of bombs, including those for the Bali attack, which killed 202 people, mostly foreign tourists, and a 2003 attack on the J.W. Marriott Hotel in Jakarta that killed 12.

The suspects were flown under the tight guard of Indonesia’s elite counterterrorism squad from Lampung province on Sumatra island to a police detention center in Jakarta for further questioning.

Television footage showed the suspects wearing orange uniforms and full-face masks and their feet and hands cuffed as they were led off the plane.

Zulkarnaen was arrested Thursday by counter-terrorism police in a raid at a house in East Lampung district on Sumatra island after a hunt of more 18 years.

Police have accused him of being the military leader of the al-Qaida-linked Jemaah Islamiyah network Police say Zulkarnaen was among the first Indonesian militants to go to Afghanistan in the 1980s for training, led a militant training camp in the southern Philippines and masterminded a number of attacks in Indonesia.

Since May 2005, Zulkarnaen has been listed on an al-Qaida sanctions list by the UN Security Council for being associated with Osama bin Laden or the Taliban.

The council said that Zulkarnaen, who became an expert in sabotage, was one of al-Qaida’s representatives in Southeast Asia and one of the few people in Indonesia who had had direct contact with bin Laden’s network.

The United States’ ‘Rewards for Justice’ program had offered a bounty of up to USD 5 million for his capture. He was the only Indonesian on the list.

Also transferred to Jakarta on Wednesday was Upik Lawanga, who is accused of being a bomb maker for the Jemaah Islamiyah network. He was arrested by counterterrorism police in Lampung late last month.

Lawanga had eluded capture since 2005 after being named as a suspect in an attack that killed more than 20 people at a market in Poso.

National Police spokesman Aswin Siregar told reporters at Jakarta’s Soekarno-Hatta airport shortly after the arrival of the suspects on Wednesday that police will investigate how the two men eluded capture for years.

“Zulkarnaen was known as a very very dangerous person globally and in Indonesia,” Siregar said. “We will continue to crack down all related to his network.”