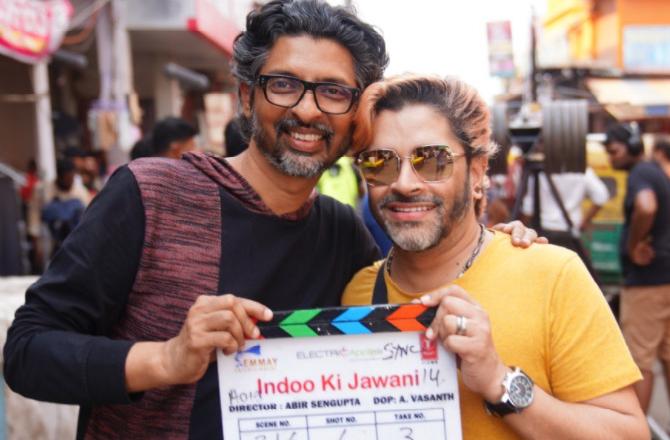 A few weeks ago, the makers of Indoo Ki Jawani took a leap of faith and released the film across theatres in the country. As Advani, in an interview told mid-day, the team had their expectations in check as theatres continue to function at half capacity. Mid-Day, in an interview with producers Niranjan Iyengar and Ryan Stephen, discussed how they weigh in on their decision in hindsight. Iyengar tells us, “We were aware of all the realities when T-Series, Emmay Entertainment and us decided to release Indoo theatrically. It was Electric Apples Entertainment’s (EAE) first feature venture and it was planned as a theatrical film. It was a mutual decision to not wait any further and release the film. We are fortunate that we had the opportunity to release it in the cinemas as planned.”

Evidently, the film spoke to their vision as content creators. “It is a film that has its heart in the right place and always appeals to us. Indoo speaks about society’s judgemental nature regarding issues and it does so in a non-preachy, light hearted manner which really was what made us decide to produce it. As is the norm with most films Indoo’s digital release will be soon. We will release it on Netflix. The release date depends on Netflix’s slate for 2021,” says Stephen.

Staying steadfast on their commitment towards cinema, Iyengar reasons, “The current scenario definitely seems a bit bleak for the theatres but as we all know a big screen entertainment is a different experience and soon when things improve people will go back into theatres.”

Coming to the money, the first few films released in theatres have made a substantial loss. Quiz them how the economic structure works on this film and Stephen says, “Fortunately for all of us, Indoo Ki Jawani is a love story revolving around two characters and set in an intimate world. That helped with the economics of the film. With able support from Emmay Entertainment (Monisha, Madhu & Nikhil) we were able to make sure that the economic structure was sound.”

From Devi to Indoo, the duo have come a long way. “As producers every story that resonates with us is worth telling. Whether it was Maa, Devi, now Indoo or our future ventures, it’s the story that attracts us. Being writers ourselves we do not underestimate the power of strong storytelling. Even if Devi was a 13 minute short film, it had nine strong actresses including Kajol and Shruti Hassan, accomplished technicians and was treated no different from a feature film. When you produce films, each one is a new experience and each comes with its set of challenges and learnings,” signs off Iyengar.