Infinix caters to the sub-Rs. 10,000 price segment in India with its Smart series of smartphones. These models are affordable and usually pack in decent hardware for the price, so when Infinix announced its Smart 5 smartphone priced at just Rs. 7,199, I was curious to see what it packs. What is surprising is that even at this competitive price, the new Infinix Smart 5 packs in a massive 6.82-inch display and packs in a big 6,000mAh battery. Here’s my first look at the new Infinix Smart 5.

The big display has a 20.5:9 aspect ratio which makes the phone tall yet narrow. I found it difficult to reach the top of the display while using the Smart 5 single-handed. Infinix has curved the rear panel along the edges which makes this phone comfortable to hold and grip.

You get a plastic body, and Infinix offers the Smart 5 in four colour options: Aegean Blue, Obsidian Black, Morandi Green, and 7° Purple. I have an Aegean Blue unit with me. The back panel is glossy, making this a fingerprint magnet, and I found myself wiping the back of the smartphone quite often. The back panel has a flowing pattern that emerges when light strikes it at an angle.

The Infinix Smart 5 has a dewdrop notch

There’s a dual-camera setup in the corner of the back, but it’s designed to look like a triple camera setup. The camera module sits almost flush with the back panel and doesn’t cause the smartphone to rock about when kept on a table. There’s a 13-megapixel primary camera and a depth sensor. The Smart 5 has a rear-mounted fingerprint scanner but I found its position to be slightly higher than ideal, so it needs a little stretch to reach. It’s quick to unlock the Smart 5.

Another highlight of the Infinix Smart 5 is the massive 6,000mAh battery. While this should help with battery life on the smartphone, it does make the phone heavy at 207g. The weight is noticeable whenever you are using it. There is a 10W charger in the box and the phone has a Micro-USB port at the bottom for charging. It also has a 3.5mm headphone jack and the primary microphone at the bottom, while the top is bare. The Smart 5 has slots for two Nano SIMs and a dedicated microSD card slot for storage expansion. 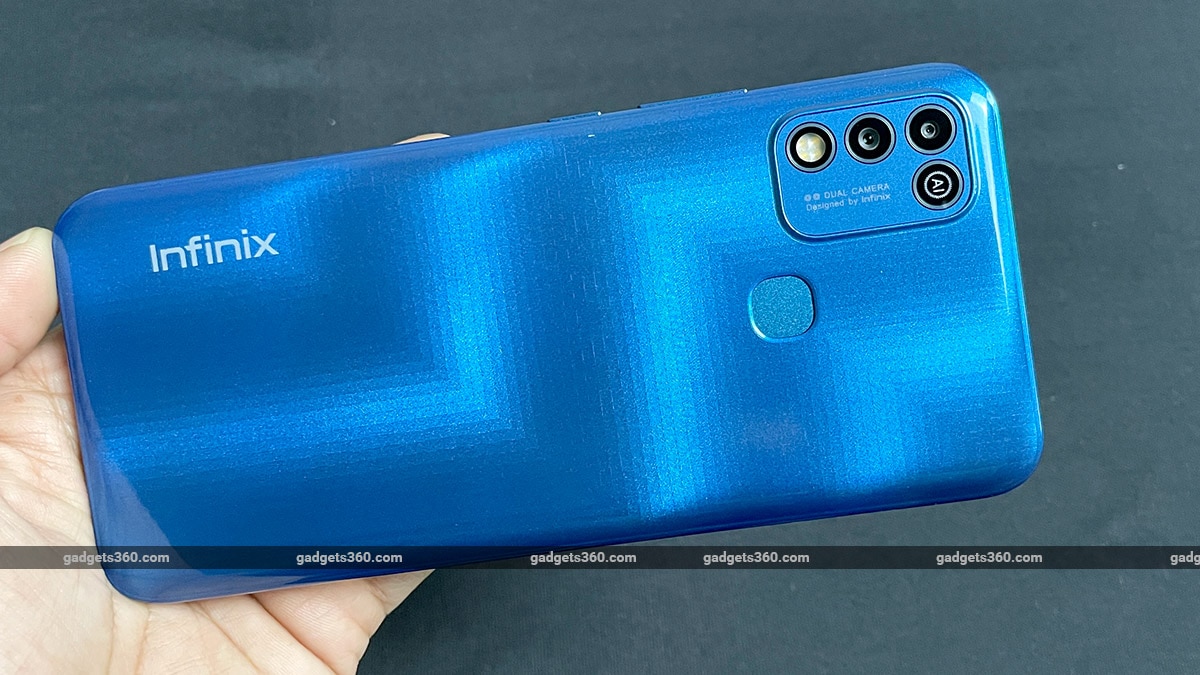 The Infinix Smart 5 in Aegean Blue

The smartphone is powered by the MediaTek Helio G25 octa-core processor clocked at 2GHz. You also get 2GB of RAM and 32GB of storage, and there are no variants. Infinix has priced the phone at Rs. 7,199 which makes it accessible to a lot of people on a strict budget.

In terms of software, it runs XOS 7 on top of Android 10, and had the November Android security patch but got an update to the December security patch soon after I unboxed it. The phone does have some pre-installed bloatware but I did not see any spammy notifications during my short time with it so far.

So, has Infinix cut corners anywhere, considering the price and headlining features? I’ll be putting the Smart 5 through all our tests to find out. Stay tuned to Gadgets 360 for the full review.