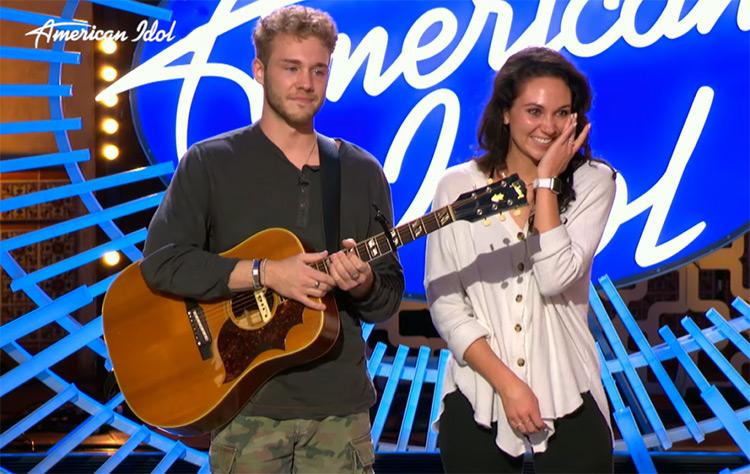 On Sunday at American Idol, the top 12 contestants performed Oscar-nominated songs in which only 9 are advanced through public voting for the next round. Hunter Metts, one of the contestants from the top 12 had chosen the song “Falling Slowly” from the movie ‘Once’. While singing the Oscar-nominated song, all the judges and audience were enjoying it, the whole environment was so wonderful and sweet until Hunter’s final line.

At the end of the final line of the song, he flubbed a couple of words which led Hunter to completely crumbled with emotions and dissolved into tears. By the time, all the judges were comforting and assuring him that this little mistake is not a big deal and it is forgivable once.

“Hunter, perfection is an illusion. It’s an illusion. It doesn’t matter. That shows that you are human and vulnerable. And everybody relates to that. And it’s amazing. It’s emotion, that’s what music is. It’s a lot of pressure, but it’s not about perfection, it’s about resonating with people and you just did. Listen, Hunter, you connected with us. You kept your eyes and heart open. You were so connected that you forgot where you were, and that is perfect, ” Katy Perry said.

I don’t even know what happened at the end, but listen, I didn’t care. You did no wrong at that moment “, Luke consoled and even said that this was Hunter’s greatest performance.

Lionel Richie also attempted to console Hunter by sharing his own stories about forgetting the lyrics to “Hello” and falling off the stage. But Hunter still appeared inconsolable. Host Ryan asked him “Hunter what is going through your mind right now? ” Then he replied with a painful expression, “I just wish I didn’t mess up.”

After all the top 12 performances, finally, results were announced by host Ryan. Yes of course innocent singer Hunter Metts is in the top 9 now.

American Idol 2021 Top 10 Contestants List: Who joined from the last...