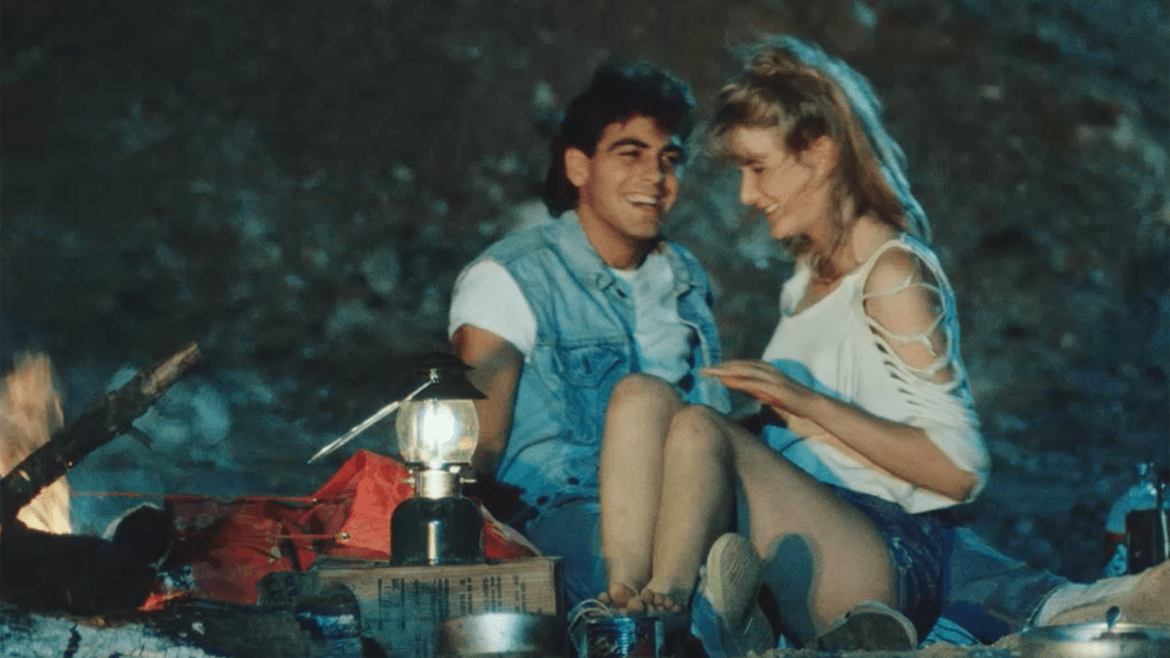 A day after George Clooney, Laura Dern, and Charlie Sheen arrived, my producing partner Joe Proctor made an official announcement, that there is no money to make Grizzly II: Revenge. We were in Hungary, then a socialist country where nothing like this had ever happened. When he took off half an hour later, I had 300 people on the set. It was pretty dramatic.

Two days earlier I was the happiest person in the world. I remember seeing three young actors fresh from acting school in L.A. come to a faraway country and expect something very bizarre and absurd. I was at the Intercontinental Hotel when George, Laura Dern, and Charlie arrived.

We sat down at the restaurant ordering food, and they were upbeat and funny. I guess it was Charlie who asked me if there is a McDonald’s here or not. I answered, “Yes we do have one, but you should try Hungarian food like gulyas, or chicken paprikash instead.” They looked at me and didn’t know what I was talking about.

I promised them a real Hungarian dinner, but this never happened after Joe Proctor disappeared. I couldn’t see a way out of my trouble. They were overly enthusiastic and curious to go check out the city, Budapest. But this was 1983, behind the Iron Curtain. Most of the streets were dark, and the level of energy was low and somber.

But when we started to work on the film they met with real professional Hungarian film people, and it was the easiest thing to work with them—the giggling was the trademark that I will never forget.

The Hungarian film industry was extremely sophisticated, since the Hungarians were allowed to have co-productions with Germany, Italy, Austria, and England. When we were on the set it was like being in a different country. Everything worked clockwise. During all this mess, when everybody was hoping to see Joe, a Japanese investor showed up instead and put up enough money to continue with the film.

Laura, George, and Charlie helped with everything—moving the set, cameras, or just being around. They were fantastic. In the evening, they checked out the city bars and enjoyed this very challenging city. I was trying to cope with the disaster and keep a happy face, camouflaging the real possibility of a shutdown. Unfortunately, I had very few occasions on the set, since I was flooded with issues just trying to keep the movie afloat.

In the scene you’re seeing, they were the most natural to work with, walking in the woods and cozying up to an outdoor fire in the middle of the summer. What can go wrong? And nothing went wrong—at least that’s what they thought, except the checks didn’t come on time and Joe was nowhere to be found. It was a real schizophrenic experience that continued until we finished principal photography.

But nobody really knew the whole truth of what was going on.

If they did, I thought it would be a disaster. The Hungarians would never accept me as a partner, since women were not producers in Hungary at this time. George, Laura, and Charlie stayed for a very long time, as per their contracts, and since I tried to finish the film I had little time to meet them as often as I wanted to. When I think back on this experience, I see a funny movie which unfolded as investors and producers stole money from the production behind the scenes, and didn’t want to finish the film to have a great tax write-off. They essentially chose an Eastern European country to helm a disaster. I think this story is better than the revenge-seeking grizzly in the movie whose cub was killed.

In the last scene, all three of them get killed. Luckily, they didn’t have to fight with a real bear: the 16-foot-tall bear was a mechanical one.

George Clooney recently said in the Empire magazine this December that Grizzly II generated such buzz that his carrier subsequently took off; he got a big PR push after he came back from Hungary. I think all of them had a great time there and didn’t have the foggiest idea of what went on in the background.

Grizzly II: Revenge, directed by Andre Szots, is now available to rent or buy on Amazon, Apple TV, and other streaming platforms.

Read more at The Daily Beast.

Get our top stories in your inbox every day. Sign up now!

Daily Beast Membership: Beast Inside goes deeper on the stories that matter to you. Learn more.