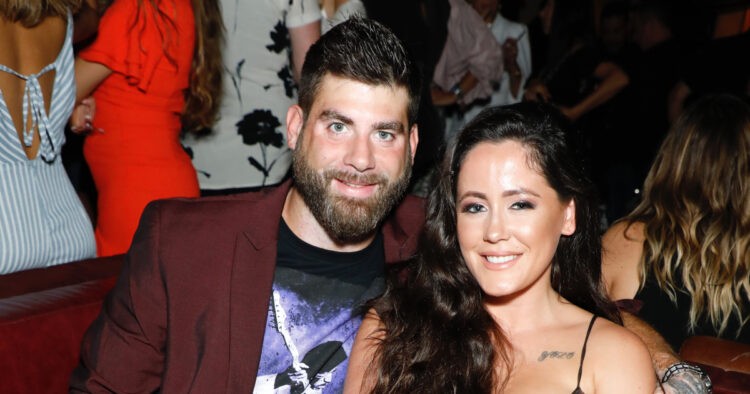 Back on track. Jenelle Evans says she and husband David Eason are “stronger than ever” following a brief “separation.”

“We communicate a lot better, so we tell each other how we’re feeling,” the Teen Mom 2 alum, whose new podcast “Girl S#!t” comes out April 1, exclusively tells In Touch. “I think we both take that into consideration now, whereas before we were kind of ignoring each other.”

As for how Eason, 32, feels about her YouTube series, which reveals details about their time apart? “He really doesn’t mind because he knows that it was the past, he knows that we were both angry at each other,” Evans ,29, explains, noting that “he sees all the episodes before I air them.” She added, “I make sure of that because I want him to know what’s gonna be out there. He’s been a good sport about it!”

In December 2020, the former MTV star opened up about the couple’s breakup (from October 2019 to March 2020) in a series of YouTube videos titled, “I Have Something to Say.”

In the clips, Evans recalled the drama surrounding Child Protective Services being called on Eason for shooting and killing their French Bulldog, Nugget, in May 2019. She also explained how she regained custody of her children in July 2019 and how the whole ordeal made her marriage stronger.

“Today is great. I feel a lot better,” the mom of three — who shares Jace, 11, with ex Andrew Lewis, Kaiser, 6, with ex Nathan Griffith and Ensley, 4, with Eason — said in the final episode of the vlog. “I know a lot of you followed me separating from David and wondering why I did that, and again, it was because of David’s anger issues.”

Evans said that Eason went to anger management ahead of the split but the pair “just couldn’t get along, couldn’t see eye to eye,” which caused Evans to move to Nashville in October 2019.

“I thought maybe it was best if I just moved away from everything that happened because I had so many bad memories that I just wanted to get away,” she said, noting she moved back to North Carolina in 2020. “And now I feel so much better being at home, starting fresh. We get along so much better now I feel like than we ever have before.”

The pair got married in September 2017. Eason is also the father of 12-year-old daughter Maryssa, who lives with the couple, and a son Kaden, whose mom, Olivia Leedham, has sole custody.