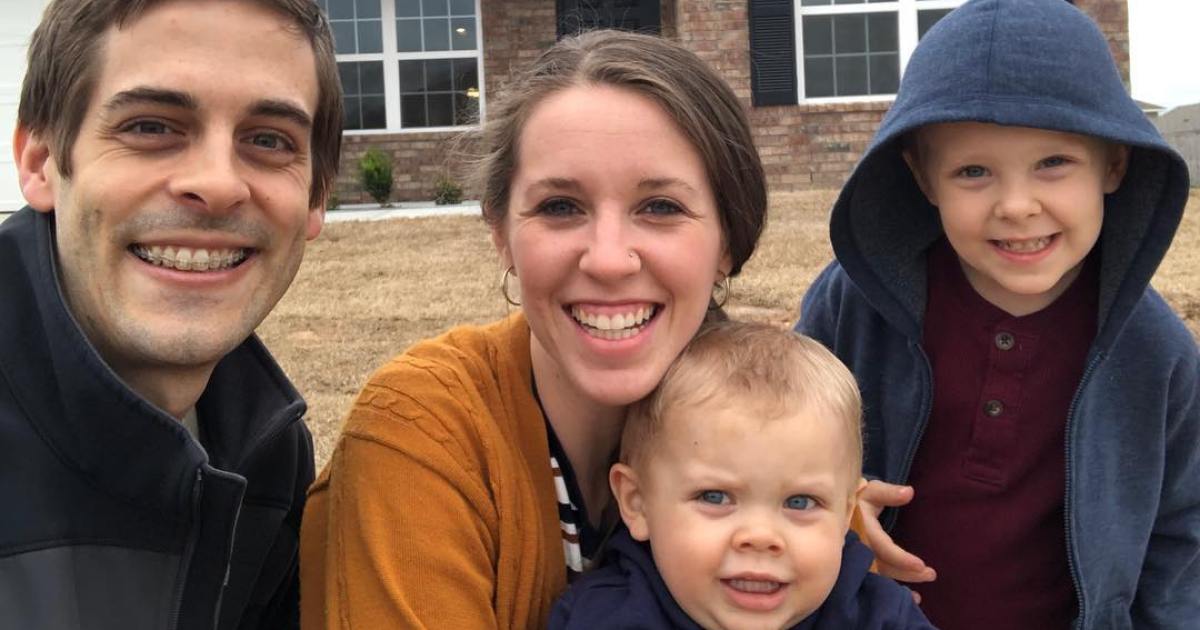 There’s no place like home! Jill Dillard (née Duggar) and Derick Dillard are the proud owners of a charming four-bedroom, two-bathroom house located in Arkansas.

The former Counting On stars purchased the property in April 2019 because it was the perfect size for their family of four. After moving in with their boys, Israel and Samuel, Jill and Derick made it even more welcoming.

“Everyone has been asking to get a tour of our new home and I’ve been delaying only because I’d hoped to have everything decorated before making this,” Jill wrote in a Dillard family blog post in June 2019.

The TV personality said that her loved ones really stepped up and helped make their house a home during the relocation process. “Thanks to some of the fam, we’ve got some new decor (mostly from Hobby Lobby and Amazon) and a few of my siblings even popped in one evening to help do a little decorating … so the walls aren’t completely bare,” the TLC alum added in her update.

Jill shared how much she admired the brick outside of the home, as well as the “nice, tall ceilings.” Moreover, the mom of two has an up-to-date kitchen with an island in addition to a sizable backyard for their kids to enjoy.

The Dillards have been celebrating their new independence just a few months after discussing their decision to no longer appear on the reality show Counting On. Jill and Derick both left the TLC series in 2017 and recently confirmed they aren’t on the best terms with her family because of their differing points of view.

“We left the show three years ago now because, basically, our family goals that we had for ourselves did not align with what we found out … we didn’t have as much control over our lives as it related to the show,” she said in a YouTube video released in October 2020. “We had to make a decision at that time to put the show aside to pursue our own goals.”

In the same Q&A, Jill spoke out about the “disagreements” she and her brood had as well as her hopes to reconcile with them at some point in time.

“We’re working toward healing, definitely, and restoration,” she said, adding, “We’re having to kind of just take some time and heal and just doing what’s best for our family right now and just working through it, I guess. It’s difficult, but we’re praying and trust in God that the timeline is his.”

Scroll through the gallery below to see Jill and Derick’s house!