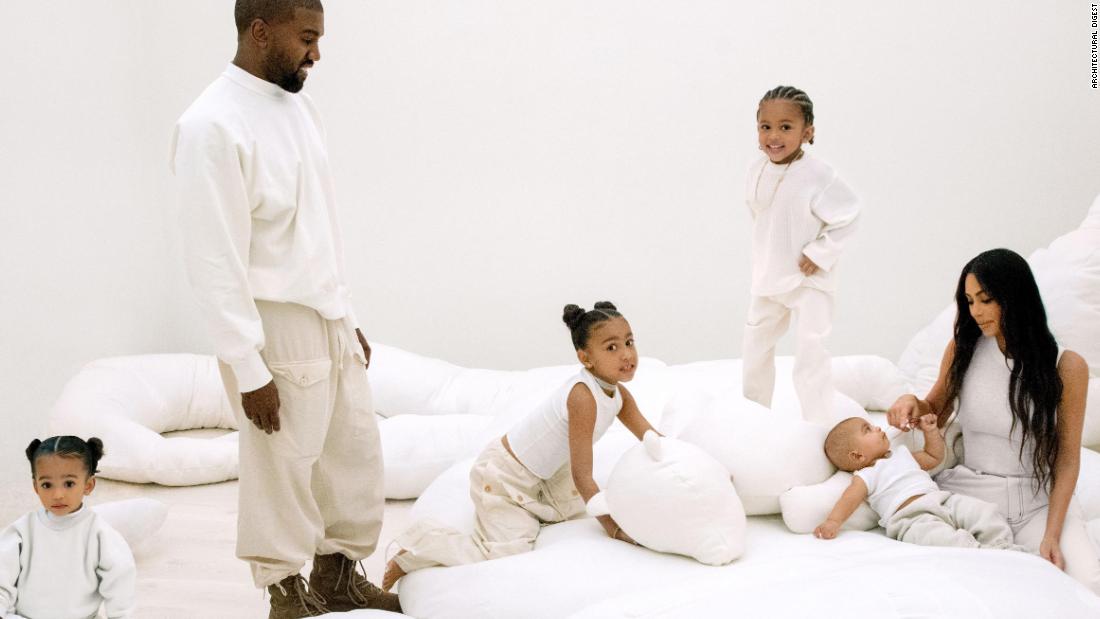 Kim Kardashian West and Kanye West have opened the doors of their California mansion to Architectural Digest magazine, which defines it as a “wildly idiosyncratic family refuge in suburban Los Angeles.”

The couple had previously shown glimpses of the home via Instagram, but they have now revealed in detail how they transformed the estate — which they bought in 2014 — into a “futuristic Belgian monastery,” as Kanye put it.

They first laid eyes on the property in 2013, but it wasn’t love at first sight: “I thought the house was perfection. Kanye was less enthusiastic. He said, ‘It’s workable’,” Kim revealed.

The project came to life with the help of Belgian designer and tastemaker Axel Vervoordt, whose seductive simplicity intrigued Kanye: “When I saw the kind of work he was doing, I thought, this man could design Batman’s house. I had to work with him,” he told AD.

The house was reportedly purchased for $20 million, but Kris Jenner, Kim Kardashian’s mother, tweeted in 2018 that its value was $60 million.

Following conversations that revolved around “a search for cosmic values of peace and positive energy,” as Vervoordt put it, the three embarked on a process of distillation: “We changed the house by purifying it, and we kept pushing to make it purer and purer,” the architect recalled.

That meant that the proportions of the mansion’s rooms were all changed and the furnishings were reduced to a minimum. The palette is neutral, conveying a feeling of calmness. The result is distinctly, and perhaps unexpectedly, minimalistic.

Although Vervoordt did most of the work, other designers also chimed in, including Claudio Silvestrin, who designed the master bath, Vincent Van Duysen, who helped furnish the living room and the children’s bedrooms, and Peter Wirzt, who oversaw the design of the gardens.

Tables and chairs by Jean Royère and a fiberglass sculpture by Anish Kapoor can also be spotted.

The couple are quick to point out that the pristine looking environment is kid-friendly and therefore suitable for their four children, North, Saint, Chicago and Psalm: “This house may be a case study, but our vision for it was built around the family,” Kanye said.