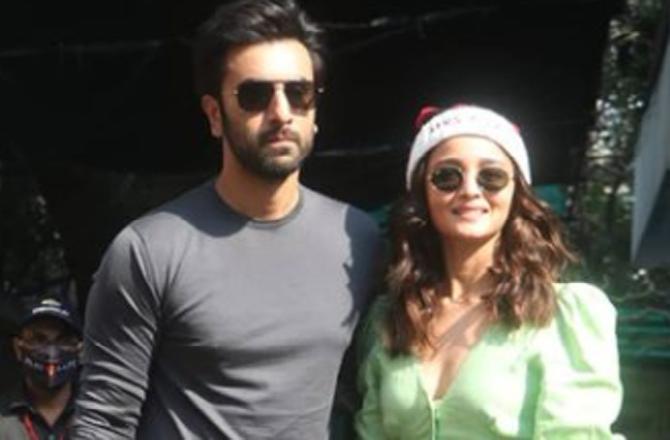 Since 2020 is about to come to an end and the lockdown restrictions have been relaxed, Bollywood celebrities have immersed themselves in holiday mood. Two of them are Ranbir Kapoor and Alia Bhatt, who are currently ready to bring in 2021 with the company of Neetu Kapoor and Shaheen Bhatt. They also have the company of Ayan Mukerji.

For the uninitiated, Ranveer Singh and Deepika Padukone are also holidaying there. But we are here to talk about Alia Bhatt’s latest Instagram post that has a wish for a hopefully better 2021. And who all spotted Ranbir in the photo that she shared? Have a look right here:

The actress is collaborating with Ranbir Kapoor for the first time in Ayan Mukerji’s Brahmastra, which also stars Amitabh Bachchan, Nagarjuna, Dimple Kapadia, and Mouni Roy. This film was earlier titled Dragon and was slated to release on Christmas 2016. However, due to the massively mounted scale, the makers needed more time to shape and enhance it.

It was then announced that the drama would come out on Independence Day 2019 and then December 4, 2020, but owing to the lockdown, it seems the release has to wait a little longer.

Alia Bhatt completed eight years in the Hindi film industry this year. She made her debut with Karan Johar’s Student of The Year in 2012 and managed to strike an impression with her performance in her second film, the Imtiaz Ali directorial, Highway. Success happened in the form of films like 2 States, Humpty Sharma Ki Dulhania, Kapoor & Sons, Udta Punjab, Dear Zindagi, Badrinath Ki Dulhania, Raazi, and Gully Boy.

She has one of the most promising line-up of films among her contemporaries. The first one is Sanjay Leela Bhansali’s Gangubai Kathiawadi, this was supposed to arrive on September 11 but has been postponed.