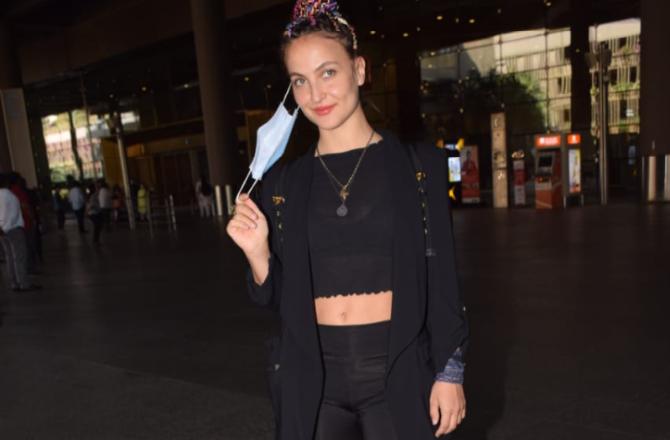 Swedish-Greek Bollywood actress Elli AvrRam has scored a fan following of four million on Instagram, and she celebrated the feat with a video clip for her fans. Elli posted the clip on Instagram, where she is seen doing a single hand stand.

“We just became 4 Million… I’ll always do my best to be your… L I G H T… To entertain and inspire. Much love to all of you!! And thank you for the constant love and support you guys give me,” Elli wrote as caption.

Elli keeps entertaining her fans with her poetry, stunning picture and videos.

The actress will soon be seen in a Swedish short film titled With You. On the Bollywood front, she featured in Mohit Suri’s Malang earlier this year.