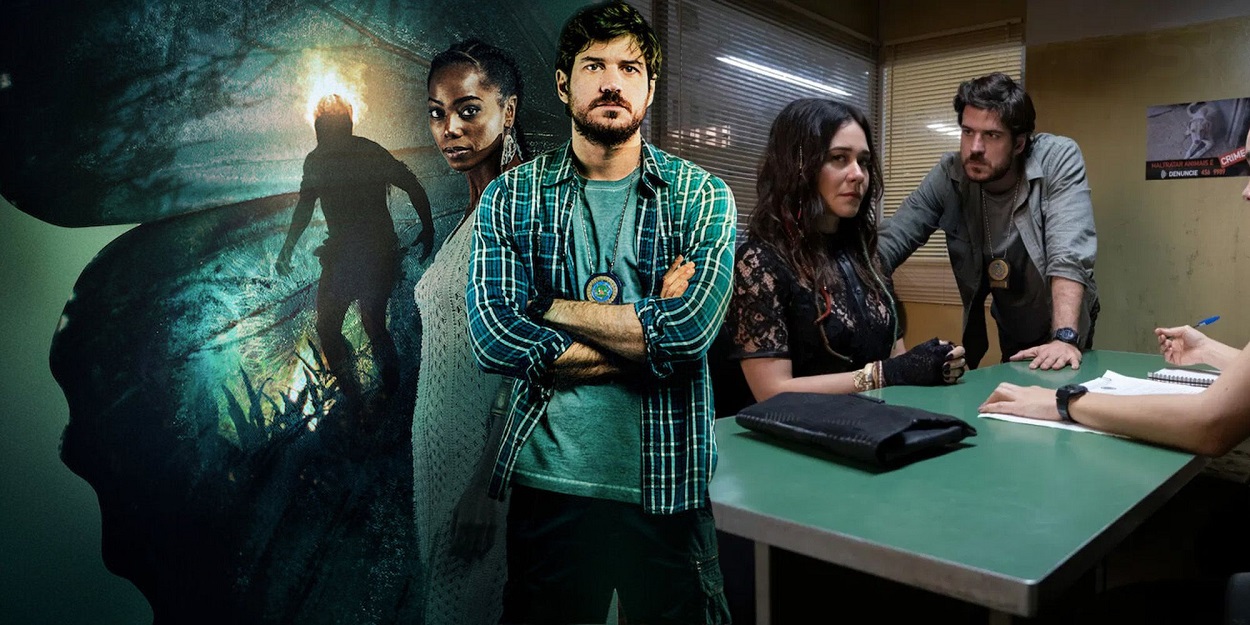 Everything about the ending and the mythology of the Brazilian series

While the battle between good and evil played out throughout the show, everything culminated in Eric’s (Marco Pigossi) duel with Iberê (Fábio Lago). While the deities of the village of Rio de Janeiro left with Eric’s lifeless body, this left the audience questioning what could happen in the 2nd season of Invisible City. And yet, if in fact, he is dead. So, we explain it to you!

The Brazilian series was created by Carlos Saldanha, known for his work in A Era do Gelo. When it debuted on February 4, 2021, it received relatively positive reviews for its ability to mix supernatural stories like that of Brazilian folklore and insights similar to those of the X-Files.

Invisible City, in this way, marks another success for the streaming service as it continues to build its foreign-language productions for 2021.

What happened to Gabriela

Gabriela (Julia Konrad) was the first to die in Cidade Invisível as a result of the Dry Body. His mysterious death covered the entire first season and served as the driving force for Eric to resolve the mysterious environmental disturbances that were taking place in Rio de Janeiro.

In the end, the series reveals that her daughter Luna was possessed by the Dry Body and killed her mother when the two hugged each other during the forest fire. But his spirit seems to be stuck in purgatory. When Eric dies at Iberê’s hands, he sees his wife, who tells him that his journey is not over yet.

Therefore, the first season alludes that people killed as a result of the Dry Body are transported to a separate realm, where their souls roam the supernatural plane until they resolve their unfinished business on Earth.

Curupira was at the top of everyone’s interests when the first season of Cidade Invisível started. It was a constant until the end when Luna asked Isac (Wesley Guimarães) to take her to him.

Curupira is a Brazilian mythological creature commonly considered to be a demonic being. In the context of Invisible City, he is the protector of the forests that were despised by the Dry Body several decades ago when he mercilessly killed the Curupira family.

It remains relatively faithful to folklore, as the creature tends to attack hunters or poachers who harm the environment. When Isac takes Luna to Curupira, it is revealed that he is Iberê. And so, the two must face each other to define who has the right to the land that he and his mythological companions inhabit.

Whether the creature is good or bad depends on the interpretation, but Invisible City portrays it as the ultimate protector against humanity’s environmental destruction.

In an instant, Iberê passes a gun over Eric’s torso, apparently killing him and the Dry Body. But it is not conclusive if this happened.

The spirit that leaped from Luna to Eric is decades old. That’s because, and its tomb, the “Dry Body” was able to build its own set of supernatural powers.

Now with the ability to drain other people’s life force, he goes out to take revenge on Iberê. Although he is dead, it does not mean that his spirit is gone forever. Both “Corpo Seco” and Eric likely survived to a certain extent, which explains why Camila (Jéssica Córes), Inês (Alessandra Negrini), and Iberê took her body to her kingdom.

And Eric, what happened?

In the middle of the first season of Invisible City, the plot reveals that Eric’s father is Manaus, a shapeshifter.

With supernatural DNA flowing through your veins, it is speculated that it serves as a channel between the human and mythological kingdoms.

Similar to Sabrina Spellman (Kiernan Shipka) from Sabrina’s Dark World, he can resist deadly and supernatural powers. This explains why Camila was unable to kill him in episode 2.

At the end of the 1st season of Invisible City, he is on the same plane as his late wife who informs him that his journey is not over, as he is one of them.

Essentially, this means that he will return and not die. Also, his body’s adventure in his kingdom can earn him his own set of supernatural powers that may resemble those of his father.