Home Technology iPhone 14: What To Expect 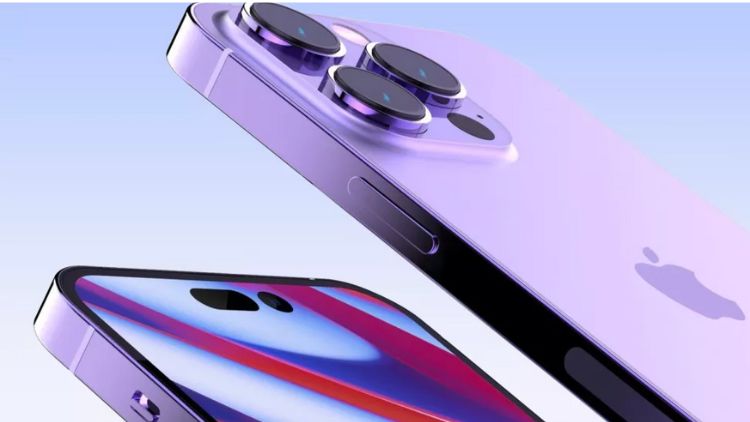 We’re just three months away from a new generation of iPhone models, and there’ve been numerous leaks and rumors about the product. Here you’ll have an idea of what to expect from the upcoming iPhone 14.

Perhaps the most noticeable change will be the missing notch. Apple is rumored to replace the notch, which has been around since 2017, with a hole-punch design to maximize screen space. This allows for a uniform bezel around the perimeter of the screen. The downside is that this new hole-punch design will likely be exclusive to the 14 Pro models. With the two lower-cost 14’s receiving the same notch as the previous generation iPhone 13.

Another unique aspect of the 14 Pro models will be their camera system. It is expected to feature a 48-megapixel camera and 8K video recording capabilities. This larger lens will allow for some new capabilities like pixel binning. Which takes smaller, 12-megapixel photos that feature better low-light performance by merging data from multiple smaller pixels on the camera’s image sensor. But if a photo is captured in good lighting, then the full 48-megapixel size will be used instead.

8K video recording will make videos recorded on iPhone more future-proof. Since 8K displays are right around the corner. They also allow for super-high resolution footage optimized for augmented and mixed reality devices, like the AR headset Apple’s allegedly developing. Because of these improvements, the camera bump on the Pro models are expected to be even thicker.

When it comes to colour, the iPhone 14 is rumored to feature a new shade of light purple that changes shade slightly under various lighting conditions. And instead of a stainless steel frame, the 14 Pro models could be upgraded to titanium. Resulting in a stronger, yet lighter chassis. Apple could finally address one of the most common complaints about iPhones, which is their tendency to overheat quicker than other smartphones. To combat this, the iPhone 14 may include a new vapor chamber thermal system. Which could cool the device more effectively with water evaporation.

Because of supply constraints and cost, the chip featured on the 14 and 14 Max models will likely be the same A15 used by iPhone 13 today. Although the 14 Pro models are expected to receive an upgraded A16 chip as usual. But the more exciting update will likely come to the iPhone’s modem rather than its processor. Apple is expected to use Qualcomm’s Snapdragon X65 modem, which is the first to feature 10-gigabit 5G with faster connectivity speeds.

It also enables some satellite connectivity features, like Emergency Messages. Which would allow users to text emergency services and contacts using a satellite network when there is no cellular or WiFi signal available. It will be a new communications protocol alongside SMS and iMessage, and it will feature gray message bubbles. Message length will be restricted. And for the first time, Apple could be using their own technology in a new radio frequency chip, which is smaller, uses less power on 5G, and adds support for WiFi 6E. This will offer the high-speed wireless transmissions necessary for augmented reality experiences.

Since Apple has allegedly advised US carriers to prepare for eSIM only smartphones by 2022, the new iPhone 14 models may be the first to come without a physical SIM slot.

Apple is expected to introduce the iPhone 14 models at an event in September. Although the 14 Max model specifically is three weeks behind schedule because of pandemic delays in China. T It may be released later than the other models or at least in short supply at launch.

So that’s what you should expect from the upcoming iPhone 14. Although these are all based on rumors and leaks and are subject to change once Apple makes an official announcement.