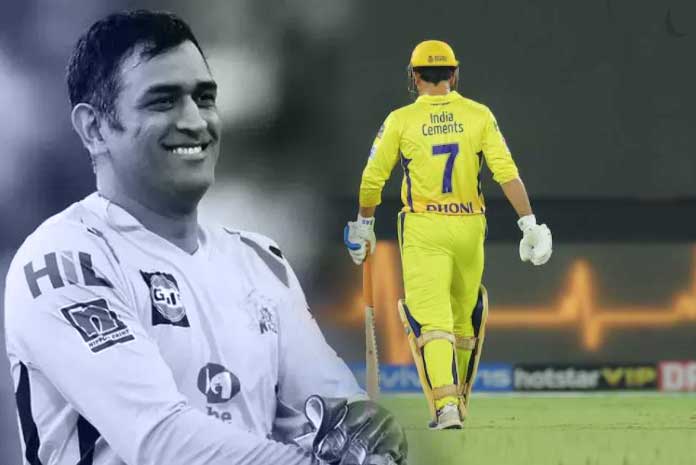 Chennai Super Kings skipper (CSK) MS Dhoni, popularly known as ‘Thala’ (‘Boss’ in Tamil) by the die-hard fans of the franchise, has been one of the flagbearers of the world’s biggest cricket league – Indian Premier League (IPL).

Much like the tournament itself, MS Dhoni, since the inception of the league, has been a talismanic figure for the franchise. After being bought as the highest-paid player for the inaugural edition, MS Dhoni guided the franchise to 3 IPL titles – the second most titles for any captain.

Over the years, MS Dhoni has established himself as one the best finishers in the league, apart from being a charismatic leader who can impeccably marshall his troops. In this article, we check out 8 facts that make MS Dhoni the numero uno skipper in IPL.

CSK skipper MS Dhoni, who is heralded as ‘Captain Cool’, is the highest-earning IPL player. MS Dhoni has earned a total of ₹ 150 crore in salaries over 13 years in his IPL journey. MS Dhoni played for Chennai Super Kings for 11 seasons. In the 2016 and 2017 seasons, Dhoni played for Rising Pune Supergiants, the time when the Chennai franchisee, along with Rajasthan Royals, were serving their 2-year suspension term.

MS Dhoni is now back with the yellow army. CSK retained him for ₹15 crore for IPL 2020 season. The star keeper-batsman’s current season salary saw a hike of 150% from the inaugural edition when he was paid ₹6 crore.

Mahendra Singh Dhoni is the player with the experience of most final games in the IPL. He has played nine of the 12 IPL finals so far and, during this time, he has also won the IPL trophy 3 times. Dhoni has played in 8 finals for Chennai Super Kings and one for Rising Pune Supergiants.

Out of the eight finals played for Chennai Super Kings, he won three of. At the same time, he could not win the final he played for Rising Pune Supergiants. In this category, after Dhoni, Suresh Raina grabs the second spot, having played eight final matches in IPL.

3. Only Captain to lift the IPL title at home

Except in 2017, the 38-year-old has been the captain of every IPL side he has played in (Steve Smith captained Rising Pune Super Giants that year). Many players have expressed their liking for playing under him. Even international captains like Dwayne Bravo, Faf du Plessis, and Brendon McCullum loved playing under his leadership.

Youngsters see it as a jackpot to have him as their captain. He makes them feel at home – a concept that has benefitted CSK massively. Chennai thrives on playing at home and in the 2011 season, they won every game they played at their home ground. It includes the IPL final against Royal Challengers Bangalore.

Till now, Dhoni is the only captain to have won the IPL at their home ground. The likes of Sachin Tendulkar and Virat Kohli missed that opportunity in the 2010 and 2016 seasons respectively.

4. Most Games Won as an IPL Captain

As a captain, Mahendra Singh Dhoni has won the most matches in IPL history. He has won a total of 110 matches as captain in the IPL. He has so far won 105 games for Chennai Super Kings as captain.

At the same time, he has also won five matches under his captaincy for the now-defunct Rising Pune Supergiants.

In this way, he is the captain to win the most matches for his team in the IPL. He has also made CSK win the IPL title thrice after taking over as captain

MS Dhoni is rated as one of the best finishers of all-time. His composure in the death overs is a skill that every player wants to replicate. In his 15-year career, the world has witnessed many matches in which he has dominated the final overs.

CSK’s basic batting strategy of keeping wickets in hand to help their captain to tee off in the death overs has reaped them rich rewards. Especially in the 20th over, Dhoni has delivered almost every time irrespective of who the bowler is.

The fact that he is the only player to have scored 500+ runs in the 20th over is magnificent. He has scored 564 runs. Kieron Pollard stands a distant second with 281.

6. Most Matches played as a captain in IPL

MS Dhoni is also the player with the most number of matches as a captain in IPL history. He has led his team in a total of 118 matches in the IPL. He has captained 104 matches for Chennai Super Kings. At the same time, he has also captained 14 IPL matches for Pune Supergiants.

He has won 105 out of 118 matches for CSK under his captaincy. At the same time, he has won five out of the 14 matches he played for Rising Pune Supergiants.

The IPL may be a domestic T20 league but winning it is as hard as any tournament. It is because of the difficulties in building a solid squad by buying players through the auction process. After that, the task of finding the right balance for the team to compete at different venues is hard as well.

Despite doing all these, many teams have failed as captains find it hard to bring out the best from the players. If there is one captain who has done this consistently, it is MS Dhoni. He has been successful since 2008 and holds the record for being the only captain to win 100 IPL games.

8. Most Dismissals In IPL

Mahendra Singh Dhoni has kept wickets in 197 out of 204 matches in the IPL. In those 204 matches, he has made a total of 152 dismissals. He is the wicketkeeper with the most dismissals in IPL history.

Dhoni has taken a total of 113 catches and effected 39 stumpings behind wickets.

Although Dinesh Karthik is not far behind as he also has a total of 148 dismissals to his name in IPL but, currently, the record holder is MS Dhoni.