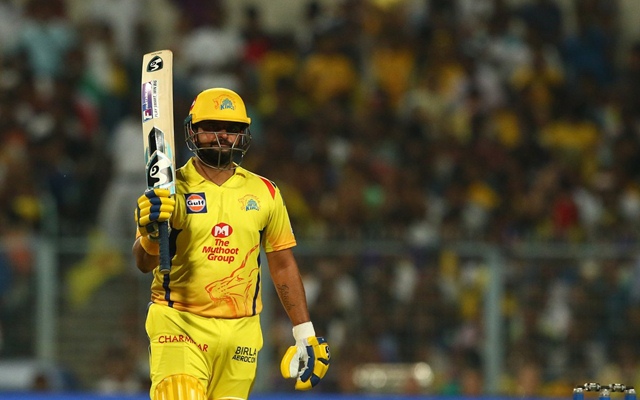 Chennai Super Kings (CSK) had a disastrous IPL season last year, as the Men in Yellow finished seventh in the group stage and failed to qualify for the playoffs for the first time in the franchise’s history. The three IPL champions never found their feet in the tournament last season and were criticized for their batting performances. However, they are still the second most successive team in IPL history and will hope to bounce back in style.

Faf du Plessis was the highest scorer for the Super Kings last season, scoring 449 runs in his 13 innings. Two players have managed to win the Orange Cap, representing the franchise. Matthew Hayden won the Orange Cap in 2009, scoring 572 runs, whereas, Michael Hussey scored the most runs in IPL 2013 with 733 runs.

Faf du Plessis was one of the best players for Chennai last season and ended as the franchise’s top run-getter. The Protea batsman scored 449 runs last season at an average of 40.81 and a strike rate of just over 140. He has amassed 2302 runs in his IPL career so far, which includes 16 half-centuries.

Also Read: WATCH VIDEO: One Minute Of MS Dhoni Going Hammer And Tongs in the CSK Nets Ahead OF IPL 2021

His previous season’s tally of 449 runs was the highest he had ever managed in his IPL career so far. The South African was impressive with the bat in IPL 2019, where he scored 396 runs at an average of 36. He played just six games in the IPL 2018 campaign but scored 162 runs at an average of 32.40. His knock against Sunrisers Hyderabad in the Qualifier 1 helped Chennai book a place in the finals. Faf is a strong contender for the Orange Cap this season and should continue with his fine performances.

Suresh Raina missed the IPL 2020 season due to personal reasons

Suresh Raina flew back from UAE last year, even before the IPL season commenced. It was speculated that the left-hander fell out with the management, with others claiming that it was more of a personal matter. However, in any case, Raina was dearly missed by Chennai Super Kings last season as they failed to fill the void left in by Raina at number three.

Ruturaj Gaikwad played a huge role in guiding Chennai Super Kings to three consecutive victories towards the end of the league stage matches. The uncapped Indian batsman was given a few chances in the opening stages of the tournament, but batted in the middle-order. However, he struck form after he was given an opportunity to open alongside Faf du Plessis for the final three matches.

Gaikwad score a half century in each of his last three matches, earning him three consecutive Player of the Match Awards. In his six innings last season, he scored 204 runs at an average of 51. He is expected to open the innings alongside Faf du Plessis this season and has the ability to become a candidate for the Orange Cap.

RELATED:  IPL 2021: Here Is How Much Money Each Franchise Has Left For The Auction