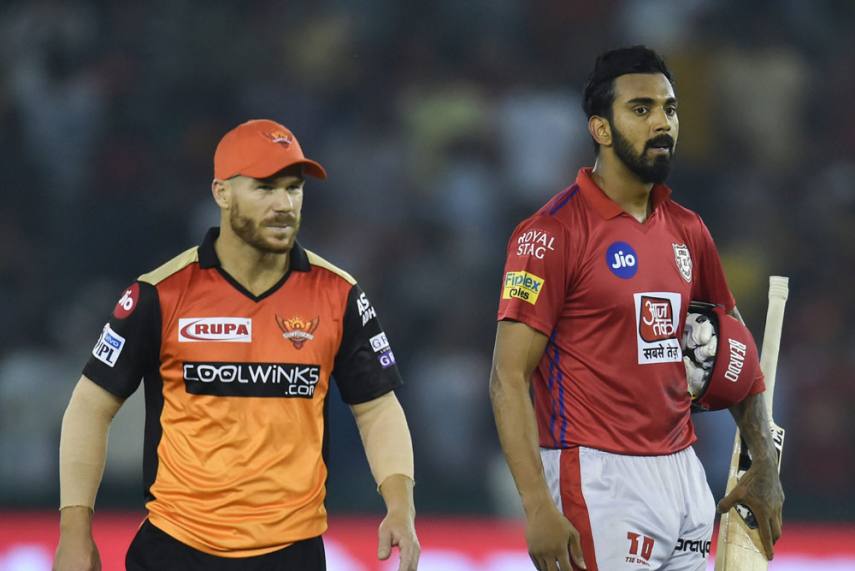 IPL 2021 is just around the corner as all eight franchises will battle it out to claim the coveted trophy. The Orange Cap in IPL is awarded to the player who scores most runs during the tournament. Last year, the cap belonged to Lokesh Rahul who scored 670 runs. David Warner is the only the second player to have managed to win the Orange Cap on multiple occasion. The Australian scored the most runs in 2015, 2017 and 2019.

Chris Gayle managed to win the Orange Cap in back to back years in 2011 and 2012. Virat Kohli’s tally of 973 runs in IPL 2016, still remains the highest by any batsman in a single IPL campaign.

In this article, we will have a look at the five players who can win the orange cap in IPL 2021.

KL Rahul is one of the top contenders to win the Orange Cup this year. The Punjab Kings opener has been one of the most consistent batters in the past three seasons. He lived upto his expectations last season, as he scored 670 runs in just 14 innings at an average of 55.83 to claim his first ever Orange Cap.

The Indian opener missed out on the Cap in 2018 and 2019 despite impressive performances. He scored 659 and 593 runs in 2018 and 2019 seasons respectively. However, Rahul was in a class of his own last season and will hope to replicate his performance this year as well.

David Warner is a three-time Orange Cap winner, which is the most for any batsman. The Australian batsman has amassed 5254 runs in his IPL career so far which includes four centuries. The left-hander managed to score 548 runs in his last season, and was the top scorer for Sunrisers Hyderabad. There is no doubt that Warner will be among the top contenders for the Orange Cap this year. His highest tally of runs came in 2016, when he amassed 848 runs, however, even that was not enough to earn him the Orange Cap that season.

Ever since his 973 run season in IPL 2016, Virat Kohli has breached the 500 run mark only once in 2018. He did a decent job last season, scoring 466 runs in 15 innings for his side, however, according to the class and quality he possesses, that total is nowhere close to his best. If Virat Kohli is to guide Royal Challengers Bangalore to their maiden IPL title, he will have to make it count with the bat this season. The Indian skipper has rediscovered his form as was evident in his classy knocks against England. He will hope to be among the top run-getters this season.

Shikhar Dhawan ended as the second highest run-scorer last year, scoring 618 runs in his 17 innings at an average of 44.14. The Delhi opener also scored two centuries during the season. Dhawan has amassed 5197 runs in his IPL career and will hope to fight it out for the Orange Cap this year. Dhawan’s place in the Indian T20I side is under serious question and he will have to be on top of his game in this season’s IPL if he is to answer his critics.

Quinton de Kock has been one of the mainstays in the Mumbai Indians team in the past two years. The South African wicket-keeper scored 503 runs in the previous season at an average of 35.92. After a poor start to the season, de Kock hit the ground running in the second half of the season and never looked back. He also managed to score 529 runs in IPL 2019 and has been a standout performer for Mumbai Indians in their consecutive title winning seasons. He certainly has the ability to make himself a contender for the Orange Cap this year.