Home Sports IPL 2021 auction: 5 players from BBL ‘team of the tournament’ who can be hot-target for IPL teams

IPL 2021 auction: 5 players from BBL ‘team of the tournament’ who can be hot-target for IPL teams 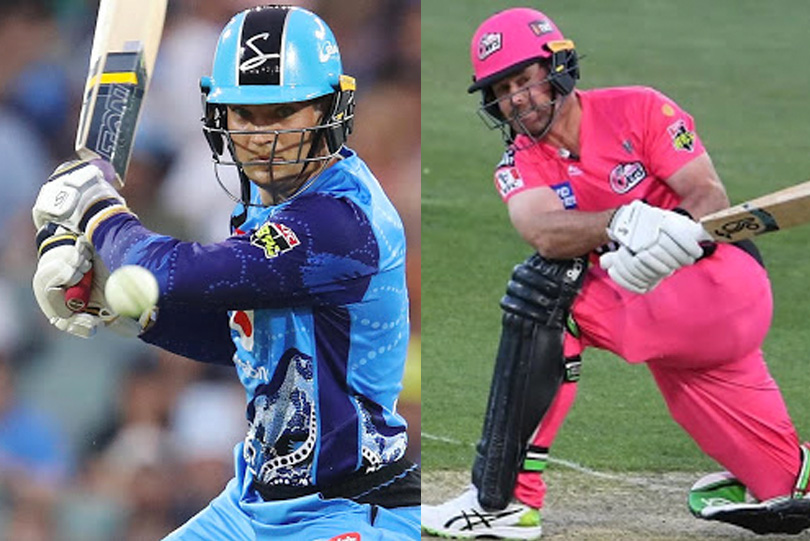 Alex Carey, who played just three games for Delhi Capitals in the IPL 2020, was released by the franchise last week before the new season. Carey made a statement, a day after smashing a 60-ball century against the Brisbane Heat, which was also the first century of this season.

While Ricky Ponting said that the Capitals might have a look again, but many other teams could be interested in Carey, given he keeps wickets, can open or play in the middle-order and in both gears. Carey has averaged 34.33 in the current season and has scored 412 runs in the 12 matches he has played thus far.

Probably the most experienced all-rounder in the format, Dan Christian could find a home at the IPL again given his exploits for the Sydney Sixers in the ongoing season of the BBL.

Christian, who loves winning trophies in the T20 competitions around the world, has won eight till now, could prove to be a great option for any team, given he serves in all three departments.

Christian, who previously has featured in the league for Rising Pune Supergiant and Delhi Daredevils, has taken 13 wickets in the 14 matches and scored two fifties one of them becoming the fastest in the history of the league in just 15 balls and played with a strike rate of around 180.

Australia’s top-order batsman, Shaun Marsh surprisingly went unsold in last year’s IPL auction. The main reason behind that could have been his base price of 1.5 Crores. Had Marsh set a lower base price, he could have been signed by one of the franchises.

Nevertheless, the 36-year-old from Western Australia did not lose motivation as he continued to score runs in the Big Bash League. Playing for the Melbourne Renegades this year, Marsh has aggregated 449 runs in just 12 matches.

The left-handed batsman has recorded three half-centuries besides striking 40 fours and 14 maximums and has a decent strike rate of 126.82. The IPL franchises may regret over their decision of letting Marsh go unsold in the auction.

It is surprising to note that the IPL franchises have never shown faith in the talent possessed by England’s top-order batsman, Alex Hales. The right-handed batsman has done wonders in the shortest form of the game yet he has never made it big in the IPL.

Hales has been a part of Mumbai Indians and Sunrisers Hyderabad in the IPL however, he went unsold in IPL Auction 2020 after setting a base price of 1.00 Crores. The 31-year-old seems to have taken that as a motivating force as he currently stands second in the ‘Top scorers’ list of BBL.

He has scored 449 runs in 14 matches playing for the Sydney Thunder franchise in BBL 2019/20. With an average of 37.42 and a magnificent strike rate of 143.91, Hales has decimated the opposition bowlers in BBL. He has slammed 47 fours and 16 sixes in the tourney.

Ranking at 5th with five votes in the BBL 2020 team of the tournament, Glenn Maxwell is one of those players who can single-handedly change the fortune of a match. The right-hander has scored 379 runs from 14 matches in the ongoing BBL 10 at an impressive strike rate of 143.56.

However, the dynamic all-rounder had struggled to fire in IPL season in 2020, enduring his worst ever season.

While KXIP could be lambasted for breaking the bank for Maxwell once again, the decision makes sense given team balance considerations. Maxwell showed his hitting form in the ODI series against India, and remains a big draw in international cricket – one can trust IPL franchises to hope against hope that 2021 is his return to form in the league.