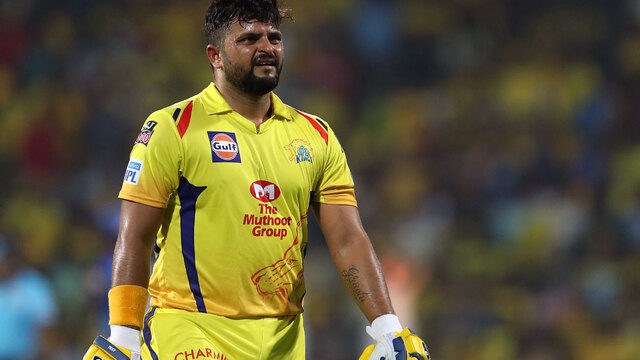 Chennai Super Kings are unlikely to retain southpaw Suresh Raina in the next IPL season. The left-hander missed the previous IPL season due to personal reasons as the franchise had their worst IPL season ever. Now, if reports of Inside Sport are likely to be believed then the management are unwilling to go ahead with the Indian veteran.

As per a report in Insidesport, CSK is not very sure about retaining their highest run-scorer. Speaking to the website, a source said that Raina’s price of Rs 11 crore may be a bit too much for the franchise to bear.

“CSK has to take a big call on Raina. No doubt he has contributed a lot to the CSK’s success in the past. As the team is revamping itself to pay or block 11Cr from 85 Cr total pay-purse is something which may pinch the yellow army. That is the reason they are deliberating hard on the same”, said one of the source close to the CSK think-tank.

Raina over the years is one of the highest-paid cricketer in IPL. Overall Raina has earned 88.9 crores till date according to IPL Moneyball. Currently MS Dhoni, Rohit Sharma & Virat Kohli are the only cricketers in 100 Cr Club. If Raina gets IPL 2021 contract with CSK or anyone else he can become the 4th Cricketer overall to join the 100 Cr club.

Suresh Raina’s Syed Mushtaq Ali Performance tis season has not been good enough so far. He has scored just one fifty in four games which includes two single-digit scores as well.

Should CSK release him, it will be for the first time since 2008 that he will be back in the auction. He had first joined CSK in 2008 and was retained till 2015. In 2016 and 2017, Raina led Gujarat Lions before making a comeback for CSK after they completed their two-year ban.

Also Read: Suresh Raina Along With Couple Of Celebrities Arrested In Mumbai