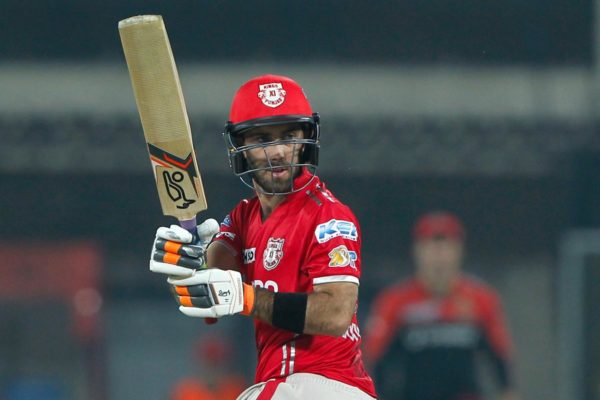 With the IPL 2021 auction around the corner the Australian all-rounder Glenn Maxwell is one of the players who will attract a lot of attention at the auction table. He was released by Kings XI Punjab ahead of the IPL 2021 auction in the retention window. This allows other franchisees to make use of his all-round abilities by roping him into the side. He is surely expected to start a bidding war between teams at the auction table on February 18.

Meanwhile, former Indian batsman and former KKR skipper Gautam Gambhir has predicted as to which franchise must be keen to buy him in the upcoming auction. Gambhir said that RCB might be interested in getting his services.

“There will be a couple of teams who will be eager to go into the auctions and buy the players they want. There is Kings XI Punjab, there is RCB, who will be looking to get some players to get their balance right. These sides will be very, very active in the auctions,” Gambhir said on Star Sports.

Gambhir further said that while all the teams will be eyeing to get him, he thinks that RCB will be looking to get his services the most. He said Glenn Maxwell will be RCB’s X-Factor, a franchise that boasts a good batting lineup with Virat Kohli and AB De Villiers in the ranks.

Virat Kohli will definitely be looking to open the batting, because that is where he has been most successful. Padikkal has done very, very well for them in the previous season. Then they have got AB, and then they can have someone like Maxwell – the X factor,” he explained.

Playing for Kings XI Punjab, Maxwell struggled to get going, only scoring 108 runs in 13 games at an average of 15.42. The franchise finally lost faith on him and released him ahead of the auctions.

Also Read: Twitter Lashes Out At 3rd Umpire Anil Chaudhary After An Umpiring Blunder On Day 1