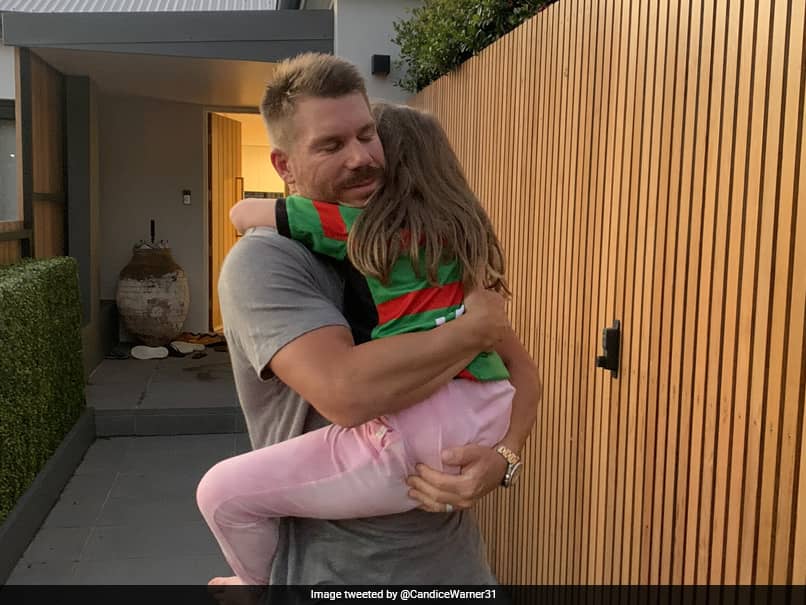 
Candice Warner, wife of David Warner, on Thursday shared adorable pictures of the SunRisers Hyderabad captain with their daughters ahead of his departure for India for the upcoming Indian Premier League (IPL). “Bye daddy we love you. @SunRisers get ready, @davidwarner31 is incoming! #IPL2021 #OrangeArmy,” Candice tweeted along with the pictures. Replying to the tweet, the franchise wrote: “See you soon, captain. We’ll take good care of him, @CandiceWarner31.” Earlier in the day, Warner shared a picture with his wife and said “our last wine together for a few months”.

“Our last wine together for a few months, blessed to have spent some quality time at home but it’s time to pack the bags and head to India. Love you lots darling @candywarner1 #cricket #ipl #india #missyou,” Warner wrote in an Instagram post.

Warner is the third-highest run-scorer overall and top scorer among overseas players in the tournament. So far, he has racked up 5,254 runs from 142 matches at an average of 42.71. The southpaw has slammed four tons and 48 fifties in the IPL.

On Wednesday, England batsman Jason Roy joined SRH as a replacement for Mitchell Marsh. The Australia all-rounder has made himself unavailable for the entire season owing to personal reasons.

Last year, Warner-led SRH had managed to qualify for the playoffs but the side had suffered a loss against Delhi Capitals in Qualifier 2.

Even after injuries to Bhuvneshwar Kumar and Mitchell Marsh, SRH managed to punch above their weight to reach the playoff stage.

SRH will begin their IPL 14 campaign against Kolkata Knight Riders at the MA Chidambaram Stadium on April 11.