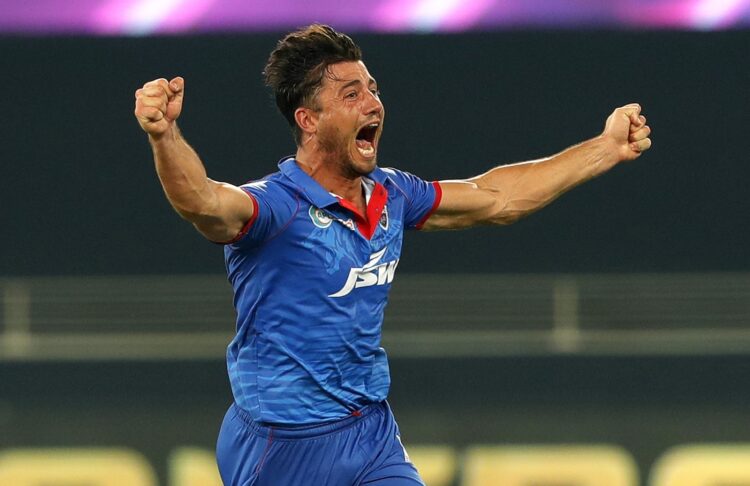 Delhi Capitals will be very unlucky to miss out on the services of their skipper Shreyas Iyer who has suffered a shoulder injury and has been ruled out of the IPL 2021. Delhi Capitals have a strong batting lineup and they have picked up good recruits for the upcoming edition including the likes the Steve Smith, Umesh Yadav, Sam Billings, and in-form players from the domestic circuit.

Delhi Capitals have a choice to make in their captaincy with as many as four options available in the wings. Ajinkya Rahane, Ravichandran Ashwin, Steve Smith, and Rishabh Pant look like the front runners for the job as of now, and the first three have got the experience of captaining in the IPL already. Here is the Delhi Capitals’ Predicted playing XI for The first match without Shreyas Iyer.

Shikhar Dhawan had an excellent last year with the bat and finished as the highest run-getter for them in the tournament. He also was in the second on the list of top run-scorers in the last season and hit two consecutive centuries in the previous edition. The left-hander has been in good form for India too and the veteran is expected to come good this year too.

Prithvi Shaw’s tremendous run-in the Vijay Hazare Trophy will make him a certainty for this year’s IPL throughout. He was dropped from the Indian test squad after some poor outings and his IPL form will be noted by the selectors to make a return to the Indian squad. He is expected to partner Dhawan at the top of the order for the Delhi Capitals.

Ajinkya Rahane could be in line to captain the Delhi Capitals and he is the most likely contender to replace Shreyas Iyer for this year’s IPL. He will face stiff competition from Steve Smith for the number three position and given that, Rahane is an Indian player provides an added advantage to pick an extra overseas player. He showed glimpses of good form in the last IPL at the end and Delhi will expect a lot more from this year.

Rishabh Pant could take the multiple tasks of captaincy as well as wicket keeping and he is a strong contender for the role too. Rishabh Pant did not have the best of IPL last year but was excellent for India in tests as well as the limited-overs series recently. His good form will be key to Delhi’s success and he is a match-winner on any day.

Hetmyer was bought for a high price in the last IPL auction and he is expected to come to the party this season after a quiet IPL last year. He has shown that he has got all the skills to deliver and he becomes a very dangerous batsman once he gets into his groove. He will need to come good soon to keep hold of his place in the batting lineup.

Marcus Stoinis had a brilliant IPL last year and was one of the best performers for the franchise last year. He contributed with the bat as well as with the ball and was a very good pick from the last auction. He plays the important finisher knock and can bowl the death overs too which is an added advantage.

Axar Patel had an excellent season with the ball last year and his economy rate was one of the best in the IPL last year. He enjoyed success in the recent England series and played the role of Jadeja in the team to perfection. He will have a big role to play in the Delhi side as an all-rounder.

R Ashwin will be leading the spin attack and he was brilliant in the last IPL picking up crucial wickets in the powerplay and the middle overs. He is coming from good form in the recent test series against England where he picked 32 wickets and a lot will be expected from him.

Kagiso Rabada won the purple cap last year with 30 wickets and he has been outstanding in the last two seasons of IPL. He is expected to be available by April 4 and is more likely to take the field for the first match despite the quarantine rules. He will lead the pace attack from the front.

Anrich Nortje was one of the surprising bowlers that had a great IPL last season as he is relatively new to the IPL. He replaced Chris Woakes in the Delhi squad and made full use of the opportunity by finishing as the fourth-highest wicket-taker in the tournament last year. His raw pace will be handy this year too and is expected to form a good partnership with Rabada.

Ishant Sharma might get the nod for the first game as his experience will be handy and he has been in good form for the Delhi Capitals in 2019. He missed most of the games in IPL 2020 due to injury and Delhi will look to rotate him with Umesh Yadav for the entire tournament who are two of India’s best test specialists.