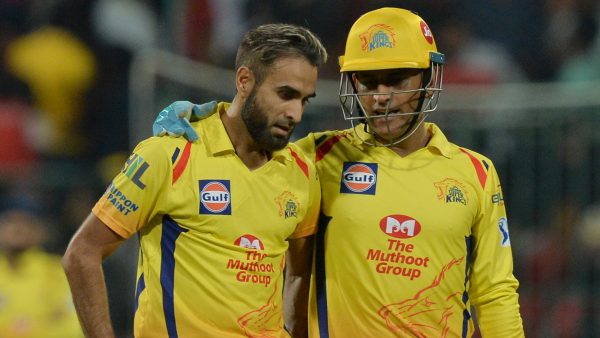 Former South African spinner Imran Tahir has praised his Chennai Super Kings skipper MS Dhoni ahead of the next IPL season. Tahir along with Dwayne Bravo, Faf du Plessis, Sam Curran, Suresh Raina amongst others were retained by the franchise in the retention window. On the other hand, they have released Harbhajan Singh, Piyush Chawla, Murali Vijay, Kedar Jadhav and the likes in order to add some new players prior to IPL 2021 reportedly to be held in India in April-May this year.

In a special conversation with Sportskeeda Tahir opened up on his thoughts regarding MS Dhoni. Tahir has been playing for CSK since 2018. He said that it is a pleasure to play under Dhoni and he will always keep him in his side.

“It is always a pleasure to play with that guy (MS Dhoni). Have been playing with him for the last three years. For me, he is a great, great human being. He understands everybody, respects everybody. We love him. He is the guy who has got the knowledge and is the best in the world. You don’t have to say anything to him. He knows what field he needs to set for us, and we just need to come and bowl,” Tahir told SportsKeeda.

Tahir further said that players can learn a lot from MS Dhoni and that he wants to continue to playing for the side as long as possible.

Players Can Learn a Lot From MS Dhoni: Imran Tahir

“It is a pleasure to be in his company. (One can) learn a lot of things. And that’s what you want as a cricketer. I’ll always have him in my team. I wish that I just keep going and play for CSK. I am really enjoying my cricket” said Tahir.

The CSK squad comprises 18 members at the moment and need seven more in the upcoming auction to complete a squad of 25 members. They have INR 22.9 crores left in the purse in which to do so.