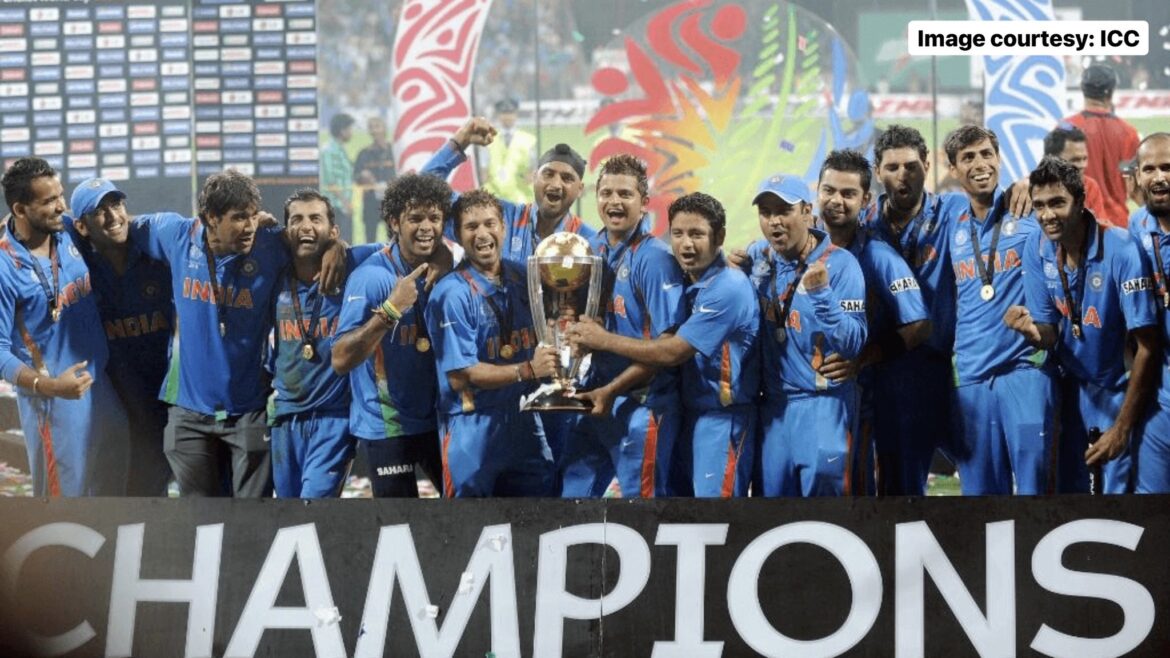 IPL 2021: From MI to CSK to KKR, IPL teams celebrate India’s 10th anniversary of World Cup- “Dhoni finishes off in style. A magnificent strike into the crowd! India lift the World Cup after 28 years!” these were the words by Ravi Shastri after then India and now CSK current skipper MS Dhoni hit a monstrous six against Sri Lanka pacer Nuwan Kulasekara in the final of the 2011 ICC World Cup at the Wankhede Stadium, Mumbai that still reverberates in the ears of every Indian.

With that humongous six, Dhoni not only gave millions of Indians a memory worth revisiting throughout their lives but also fulfilled the long-cherished dream of batting legend Sachin Tendulkar, who had, until then, almost all the trophies in his cabinet except the World Cup. Tendulkar, referred to as the ‘God of Cricket’, had waited 22 years to lift the trophy. His dream finally came true at his home ground on this day.

Also Read: IPL 2021 Magical XI: Dhoni, Kohli, Rohit part of IPL XI who have played minimum 1 match in each of the IPL season

“Decade since the dreams of millions was fulfilled! #BleedBluefor the day!” wrote CSK.

“Dhoni finishes off in style” A decade later, that moment still gives us goosebumps,” wrote RCB.

“Dhoni finishes off in style”

“OnThisDay in 2011, Dhoni finished off in style… The rest is history,” recalled SRH.

#OnThisDay in 2011, Dhoni finished off in style… The rest is history 🧡#OTD #OrangeOrNothing #OrangeArmy pic.twitter.com/AppladRFMZ

Harbhajan Singh, who was part of the winning squad, expressed his feeling after the historic triumph after 28 years.

“Hear @harbhajan_singh give his firsthand account of the best day in any Indian cricket fan’s life. A billion people celebrated a victory for the ages!”

Hear @harbhajan_singh give his firsthand account of the best day in any Indian cricket fan’s life #OnThisDay 🔟 years ago, a billion people celebrated a victory for the ages! 💙#CWC11 #WorldChampions pic.twitter.com/GdrL56k7iV

India had won its first World Cup under Kapil Dev’s leadership in 1983. There’s no denying that April 2, 2011 remains one of the greatest days in Indian cricket history.

For more sports news and IPL 2021 updates, follow us at insidesport.co