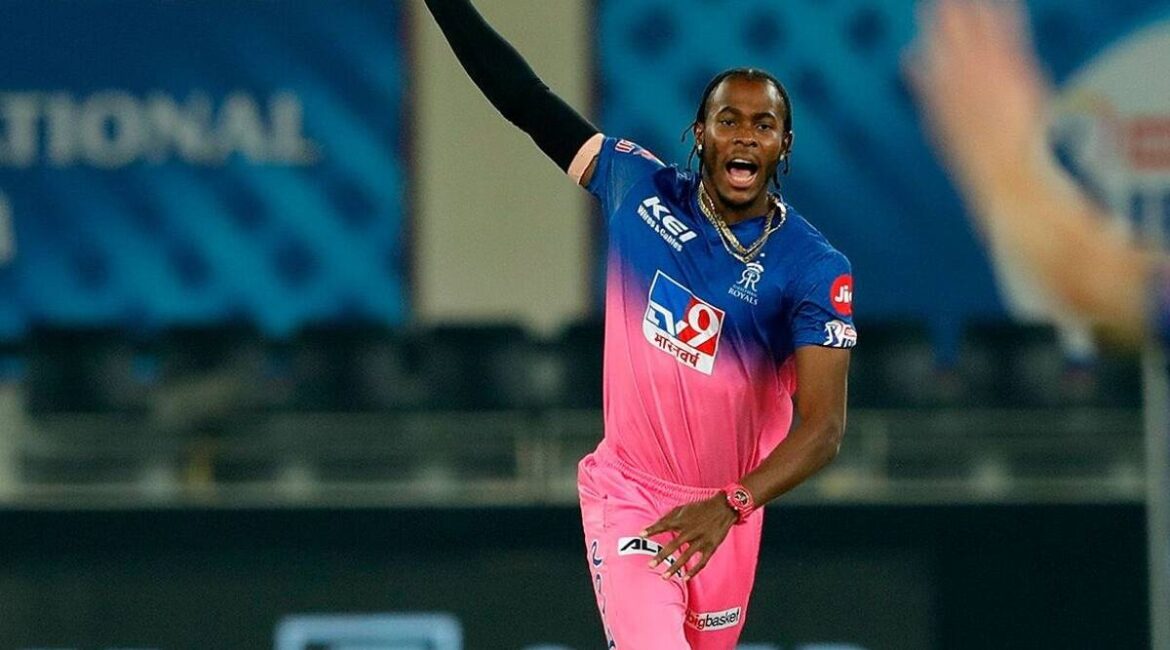 England pacer Jofra Archer is likely to miss at least the first four games for the Rajasthan Royals in the upcoming 14th season of the Indian Premier League [IPL] if a report published in ESPNCricinfo is believed.

The 14th season of the cash-rich IPL will kickstart from April 09 in Chennai where defending champions Mumbai Indians will lock horns with Royal Challengers Bangalore.

Rajasthan Royals will commence their campaign against the KL Rahul-led Punjab Kings in Mumbai on April 12.

On Wednesday, the England and Wales Cricket Board stated that Jofra Archer had undergone successful surgery to remove a fragment of glass from the middle finger of his right hand.

Archer will now commence two weeks of rehabilitation post which he will be reviewed by a consultant before he returns to training.

An assessment about the effectiveness of an injection to his ongoing elbow issues will be done once the Barbados-born fast bowler starts bowling again.

Rajasthan Royals had asked the ECB about Jofra Archer’s date of departure and while it is certain that the pacer will be unavailable for the first four games, the ECB has said it was too early to confirm his availability and a final decision will be made once he was given the all-clear to return to bowling.

For the uninitiated, Jofra Archer suffered a cut on the middle finger of his right hand after he smashed a fish tank before flying out to India for England’s grueling tour of 4 Tests, 5 T20Is, and 3 ODIs.

Archer featured in two out of four Tests and the entire T20I rubber before he returned to the UK due to his ongoing elbow issues.