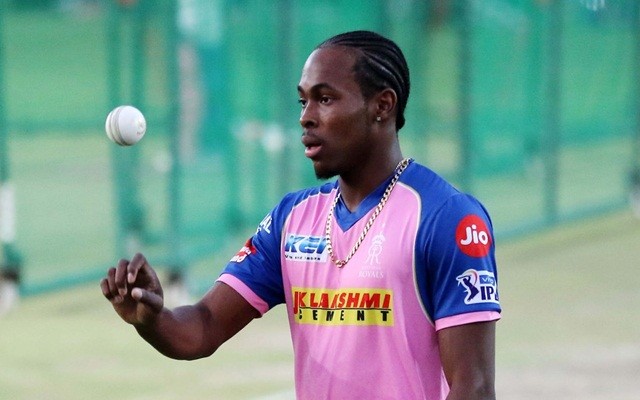 Jofra Archer will be at least missing the first four matches for Rajasthan Royals in IPL 2021. This is no doubt a huge blow for the franchise as they heavily depend on Archer with the bowl. Archer has been the leader of the bowling attack of RR in the last few IPL season and has emerged as a match-winner. Now according to a report by ESPNCricinfo, Archer will be missing the first 4 matches of Rajasthan Royals.

The star fast bowler of England played two Test matches and the entire 5 match T20I series but was ruled out from the 3 match ODI series due to his elbow issues. He will now begin two weeks of recovery after which he will be evaluated by a consultant before he reverts to training again. Also as per the report, an evaluation about the effectiveness of an injection to his ongoing elbow problems will be done once he resumes bowling again.

Meanwhile, the Rajasthan Royals will be hoping that Archer is fully fit again and plays after the first 4 matches in IPL 2021. The ECB has already confirmed to RR that right now it is early to confirm Archer’s availability and a final decision will be made once he is allowed to bowl again. The Rajasthan Royals will kick off their campaign without Archer against Punjab Kings on 12th April in Mumbai.

Also Read: Twitter Calls It The ‘Cheteshwar Pujara Effect’ After Josh Hazelwood Pulls Out Of IPL 2021