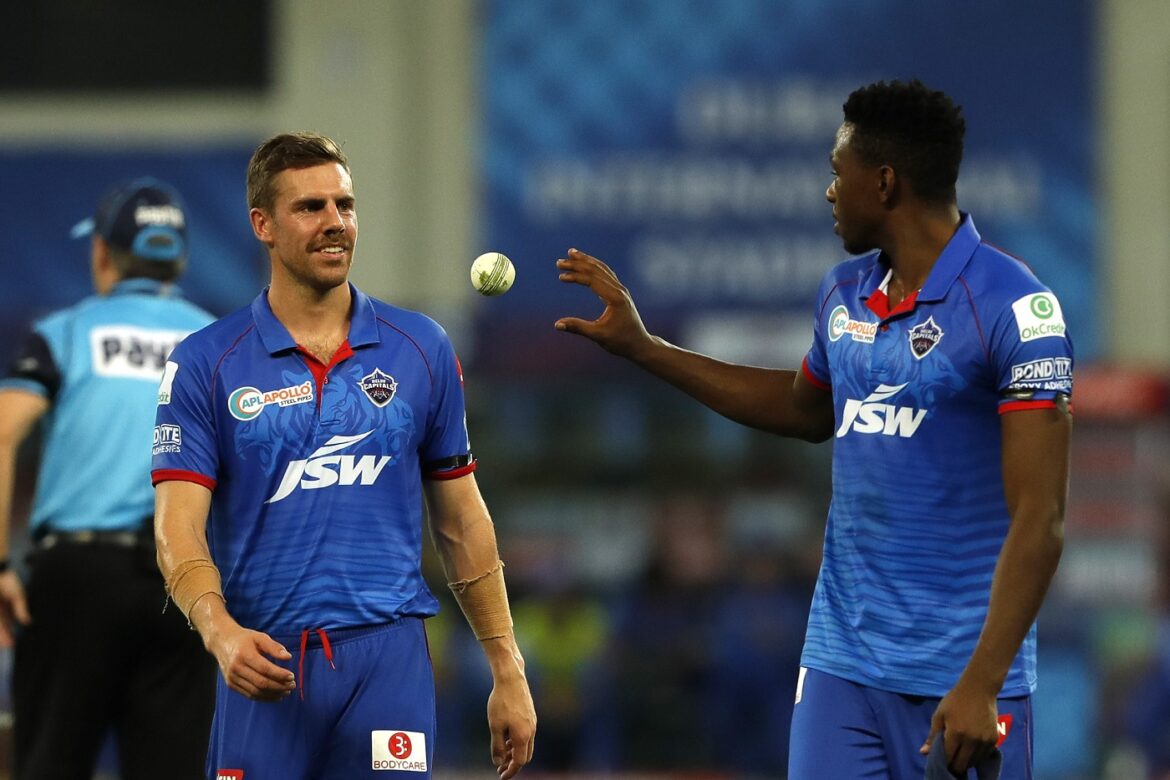 Both Rabada and Nortje might not be available for DC’s first match of their campaign in IPL 2021 on April 10 in Mumbai versus Chennai Super Kings (CSK).

The South African pace duo could potentially be undergoing pre-IPL quarantine after arriving from home near the start of the tournament beginning April 9.

Rabada and Nortje are part of the South African squad due to take part in a three-match ODI series against Pakistan at home starting April 2 in Centurion.

Cricket South Africa (CSA) has allowed all its IPL 2021-bound players to travel to India following the second ODI against Pakistan in Johannesburg on April 4. But their immediate participation in the tournament depends massively on each IPL teams’ arrangement for their safe arrival to India.

According to BCCI’s Standard Operating Procedures (SOP) designed for the safe conduct of IPL 2021 amid coronavirus pandemic, Rabada and Nortje must be flown from the bio-secure bubble employed for Pakistan series via a chartered flight if they are to avoid the otherwise mandatory seven-day quarantine period.

In case Rabada and Nortje fly across to India via business flights, they won’t be able to escape the pre-IPL isolation and won’t be allowed to join their IPL team’s bubble straightaway.

If they serve the quarantine after arriving on Indian shores from say April 5, Rabada and Nortje won’t come out of it till after April 12. In which case, there is no chance DC’s first-choice pace duo will be able to take part in the match against CSK on April 10.

The hurdle posed by the protocols can be overcome, of course, if DC arrange a safe chartered flight for the two cricketers, who were extremely crucial to the team’s performance in IPL 2020.

Rabada took 30 wickets from 17 matches with an economy rate of 8.34, while Nortje bagged 22 scalps from 16 outings while conceding 8.39 runs per over. The intimidating pace duo was instrumental to DC’s run till the final of the IPL 2020 where they lost to Mumbai Indians (MI) in Dubai.