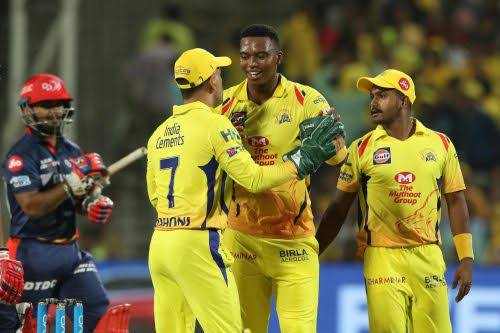 Ngidi will be taking part in South Africa’s three-match ODI series versus Pakistan, which begins on April 2 in Centurion and includes matches on April 4 in Johannesburg and April 7 in Centurion once again.

The national duties will keep Ngidi at home until near the start of IPL 2021 on April 9. Although Cricket South Africa (CSA) has allowed all the IPL-bound South African players to fly across to India following the end of the second ODI versus Pakistan, their immediate participation in the IPL depends on the protocols designed for the tournament’s safe conduct amid the COVID-19 pandemic.

As per the Standard Operating Procedures (SOP) designed for the safe conduct of IPL 2021 by the BCCI, players, if they are to avoid the mandatory isolation period, must be transferred from one bubble to the other and have be flown in chartered flights.

For those foreign players arriving from somewhere outside such a bio-secure bubble via business flights, the pre-IPL isolation period is necessary before they can join the bubble of their respective IPL franchises.

It seems CSK have decided not to arrange any chartered flights for their players as Kasi Vishwanathan, the franchise CEO, confirmed to Inside Sport that Ngidi will be going through quarantine and missing his team’s first match of IPL 2021 versus DC

“Ngidi will have to follow the same guidelines as others and will be put in quarantine once he arrives. Therefore he will not be available for selection for the opening game,” Vishwanathan was quoted as saying by Inside Sport.

Ngidi has played 11 IPL matches in his career with 20 wickets to his name, while bowling at an economy rate of 7.69.

The tall South African speedster has an experience of 8 Tests, 26 ODIs and 16 T20Is under his belt and has taken over 100 international wickets.