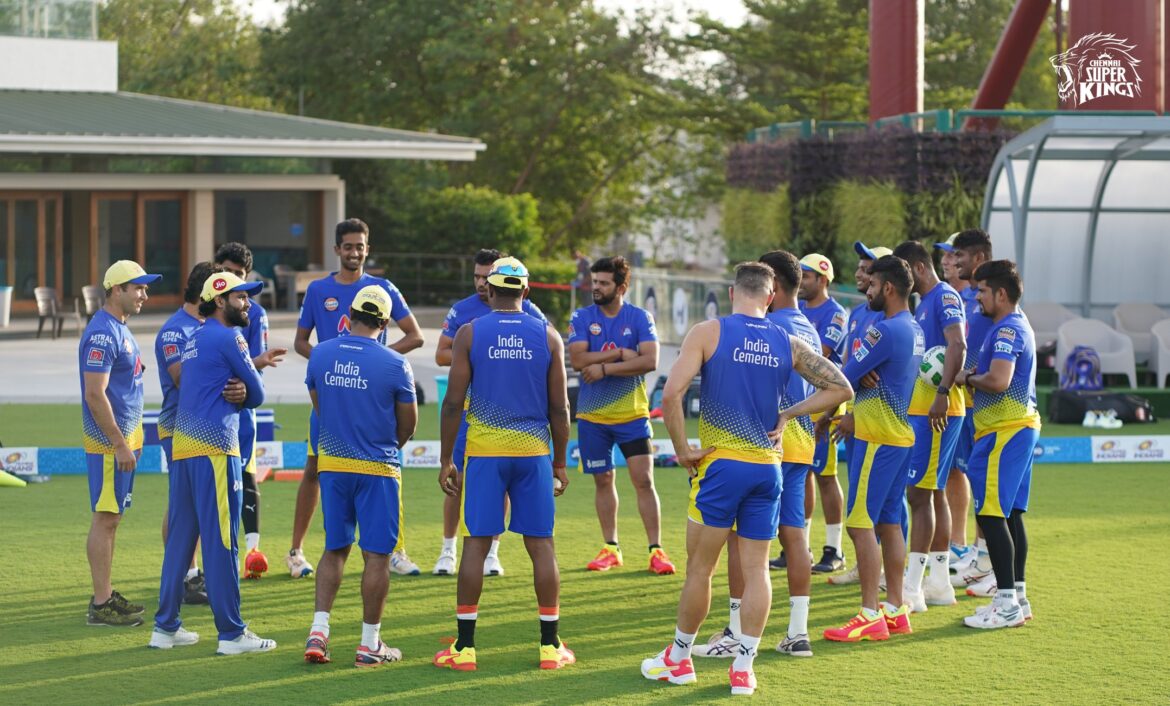 IPL 2021: The Mumbai Indians and Chennai Super Kings rivalry is seen as one of the fiercest in the Indian Premier League. But going into the 14th edition of the cash-rich league, the on-field rivalry has taken a backseat as MS Dhoni and boys are training at Mumbai Indians’ own training ground in Ghansoli, the Reliance Corporate Park.

With the Mumbai Indians boys training at the very ground before departing for Chennai, the facility already had the necessary Standard Operating Procedure (SOP) in place as has been prescribed by the Board of Control for Cricket in India (BCCI) for the 2021 edition of the league. Speaking to ANI, sources in the Chennai camp said that the facilities are top-class and the boys have had a good time training at the Reliance Corporate Park. “We haven’t been to the Wankhede yet and are supposed to go there only on the eve of our first game against Delhi Capitals on April 10. But the facilities here are really good. You have quality training wickets and there are floodlights as well so the boys can train even at night.

“Just around an hour from our hotel and also, with the MI boys training here before leaving for Chennai means that the SOP provided by the Indian board was already being followed,” the source said.

Sources have further confirmed that Punjab Kings could also be using the facilities which have been offered to all the four teams currently preparing for their games in Mumbai.
Wankhede is set to host 10 IPL games this season from April 10-25. The first match at the Mumbai stadium is slated to be played on April 10 between Delhi Capitals and Chennai Super Kings. Four franchises — Delhi Capitals, Mumbai Indians, Punjab Kings and Rajasthan Royals — have set up their base in Mumbai as of now.

Meanwhile, with just seven days to go for the high-octane IPL clash between CSK and DC at the Wankhede Stadium, groundstaff have tested positive. With cases rising in Maharashtra, IPL franchises have started feeling a little wary and are keeping their fingers crossed.

Maharashtra reported 47,827 new COVID-19 cases and 202 deaths on Friday with Mumbai registering the highest-ever single day spike of 8,832 new cases. It was the second day in a row that Mumbai recorded more than 8,500 cases.