Home SportsIPL IPL 2021: Players Who Might Miss Their Team’s Opening Match and Their Likely Replacement 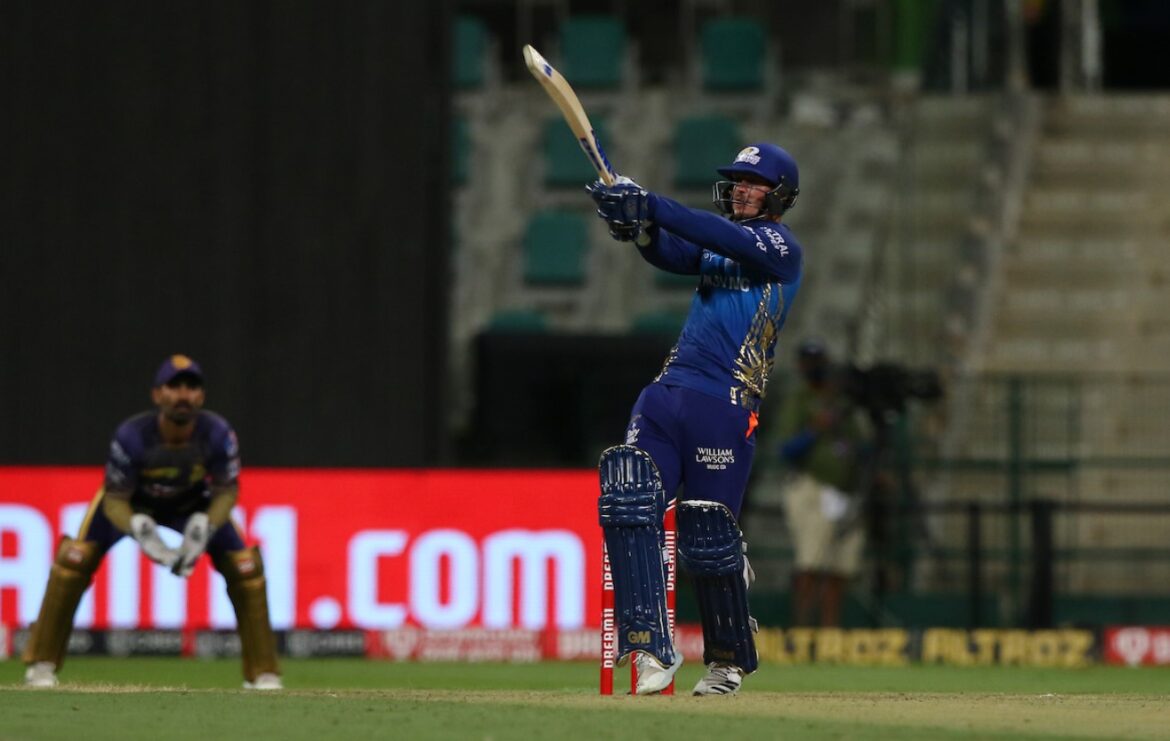 After being postponed from its traditional window and be held in September-November last year, the Indian Premier League (IPL) once again finds itself facing the scare of coronavirus pandemic.

The 14th edition of the IPL is scheduled to begin on April 9. However, just prior to the tournament, the news of some players as well as ground staff personnel in Mumbai testing COVID-19 positive has created a level of uncertainty.

As many as five IPL franchises – Delhi Capitals (DC), Mumbai Indians (MI), Punjab Kings (PBKS), Kolkata Knight Riders (KKR) and Rajasthan Royals (RR) – have set up their base in Mumbai, part of the state of Maharashtra, which is hurting badly from the latest wave of the pandemic.

While IPL 2021 games are also slotted in Chennai, Ahmedabad, Delhi, Bangalore and Kolkata, the news of rising positive cases in Mumbai brings the ten matches scheduled in the city from April 10-25 under scare.

According to BCCI’s Standard Operating Procedures (SOPs) designed for the safe conduct of IPL 2021 amid coronavirus pandemic, a player who tests positive for COVID-19 must isolate in the designated area outside the bio-secure environment for a minimum of 10 days from the first day of symptoms or the date of collection of the sample which resulted in a positive RT-PCR report, whichever is earlier.

The SOP is also in place for overseas players arriving from outside India to take part in IPL 2021. As per the BCCI protocols, only those who move from a bio-secure bubble outside India via a chartered flight here will be able to avoid the otherwise mandatory seven-day pre-tournament quarantine. Those arriving via business flights, however, will have to isolate themselves before being allowed to enter their IPL team’s bio-bubble.

Keeping the positive tests, the SOPs in place and pre-tournament injuries in mind, we focus today on some players who might miss their IPL team’s opening encounter in the forthcoming season. The situation would force all eight teams to be wary and keep their potential replacements in place.

Delhi Capitals (DC) spin all-rounder Axar Patel tested positive for coronavirus on Saturday (April 3). The franchise confirmed the news in a media statement, where it was also mentioned that Axar has gone into self-isolation.

“Axar had checked into the team hotel in Mumbai on March 28, 2021, with a negative report,” read the DC statement. “His report from the second COVID test, came positive. He is currently in isolation at a designated medical care facility. The Delhi Capitals medical team is in constant touch with Axar and ensuring his safety and well-being. We wish him a speedy recovery.”

As per the BCCI SOPs, Axar will now have to quarantine outside his team’s bubble for a minimum of 10 days. As Axar’s period of self-isolation begins from April 3, he will be missing DC’s opening game of IPL 2021 scheduled for April 10 in Mumbai versus Chennai Super Kings (CSK).

Axar was crucial to DC’s surge till the final of the IPL 2020 in UAE last year. The left-arm spinner contributed 9 wickets while bowling his overs at an economy rate of only 6.41, besides smashing crucial runs lower down the order at a strike-rate of 137.64.

Replacing Axar, even if it is for just one match, will be a task for DC, who don’t have many Indian all-rounders available in their ranks.

However, Lalit Yadav, the batting all-rounder, could be a potential replacement for Axar. He was picked by DC at IPL 2020 auction for INR 20 lakhs. The right-hand batsman and right-arm off-spinner from Delhi hasn’t yet played a match in the IPL, but is carrying impressive numbers with him in his overall T20 career.

England pacer Jofra Archer was the stand-out performer for a struggling Rajasthan Royals (RR) side last year in the IPL. Archer picked up 20 wickets from 14 innings while bowling his overs at an economy rate of 6.55 even as RR failed to make it through to the playoffs. The inaugural season champions won just six and lost eight of their 14 matches to finish last on the points table.

The team would’ve hoped for some relief going into the latest season. However, they’ve instead received a major jolt as Archer will be missing their opening match on April 12 in Mumbai against Punjab Kings (PBKS). Archer, in fact, could be potentially skipping the entire season of the IPL due to injury.

Archer aggravated a longstanding elbow problem while playing for England during their recent all-format tour of India. It came to light later that he also had to undergo surgery for a freakish accident that happened in January. Archer’s surgery helped remove a glass fragment from a tendon on his right hand after an attempt to clean his fish tank went wrong.

With it uncertain whether RR will have Archer playing for them in IPL 2020, the team will have to keep replacements in place for their spearhead.

A direct replacement in the overseas fast-bowling category could’ve been RR’s latest recruit from Bangladesh, Mustafizur Rahman. But the left-arm quick is himself set to miss RR’s IPL 2021 opener versus PBKS due to late arrival in India from the national tour of New Zealand and quarantine.

In bringing in Chris Morris and releasing Steve Smith, RR would’ve hoped to resolve their bowling issues by pairing the former up with Archer. But with Archer gone, if RR are to still play two overseas pacemen in their line-up, Australian quick Andrew Tye could be his potential replacement for the PBKS match.

Archer has played 27 matches in his overall IPL career so far, with 40 wickets and an economy rate of 8.46.

Cricket South Africa (CSA) has allowed all its IPL-bound cricketers to fly across to India post the conclusion of the second ODI against Pakistan in Centurion on Sunday (April 4). However, those players’ immediate participation in the IPL 2021 still depends heavily on overcoming a massive SOP hurdle around quarantine.

If an IPL franchise fails to arrange a charter flight for such players arriving from another bio-bubble outside India, they will have to undergo the necessary isolation period before being allowed to enter their own team’s bubble and play in the competition.

In the context of Kagiso Rabada, this means a strong likelihood of him missing DC’s opening encounter on April 10 in Mumbai versus CSK unless his team makes arrangement for his safe arrival to India via a chartered flight.

Rabada has always been a vital cog in DC’s wheels. He took 30 wickets from 17 innings in IPL 2020 while delivering his overs at an economy rate of 8.34. The 25-year-old speedster was instrumental to DC reaching the final of the competition, their best ever result in IPL history.

If Rabada is missing the game against CSK, DC will have to bring in someone like Chris Woakes or Tom Curran as his replacement in the overseas pace category. Given his additional batting ability and Curran’s recent failures with the ball, Woakes could be given the nod in the playing XI.

The England pace all-rounder has played 18 matches in his overall IPL career with 25 wickets at an economy rate of 9.24.

Like Rabada, his South Africa and Delhi Capitals (DC) new-ball pace partner Anrich Nortje is just as uncertain for his team’s opening match in IPL 2021.

Nortje will be allowed to leave his home shores and travel to India post the second Pakistan ODI too. But if DC fail to arrange a safe chartered flight for his India arrival, Nortje will have to undergo seven-day isolation and miss the match against CSK in Mumbai.

Nortje was another individual of utmost importance to DC’s IPL 2020 campaign. He picked up 22 wickets from 16 innings in the tournament, while averaging 23.27 and going at 8.39 runs per over.

If Nortje misses the CSK encounter, and that coincides with Rabada’s absence, DC could feel the heat in their first match. The team will have to either rejig their balance or bring in both Curran and Woakes as replacements in the fast-bowling category.

Curran, who was with RR until last year, was picked by DC for INR 5.25 crores at the recent auction in Chennai. The right-arm quick has struggled in his IPL career so far, conceding 11.50 runs per over in his previous 10 matches.

The news of young Royal Challengers Bangalore (RCB) left-hand batsman, Devdutt Padikkal, testing positive for coronavirus did the rounds on Sunday (April 4). According to a report by the Times of India, Padikkal is now in self-isolation after contracting the virus.

Due to the above BCCI protocols amid the COVID-19 pandemic, Padikkal is now in a race against time to be fit and fine for RCB’s opening day encounter against defending champions Mumbai Indians (MI) in Chennai on April 9.

Padikkal had scored 473 runs, including five half-centuries, from his 15 innings at an average of 31.53 and strike-rate of 124.80 in the previous edition of the IPL in UAE last year. The 20-year-old left-hand batsman was one of the bright spots for RCB in IPL 2020 where they made it through to the playoffs.

If he indeed misses the MI game, a potential replacement for Padikkal could be New Zealand’s wicketkeeper-batsman Finn Allen, whom RCB brought in as a replacement of Josh Philippe recently.

Another potential replacement for Padikkal could be RCB’s latest Indian recruit Mohammed Azharuddeen. The 27-year-old Kerala wicketkeeper-batsman impressed one and all with his performances in the Syed Mushtaq Ali T20 earlier this year. Subsequently, he was bought at the IPL auction by RCB for INR 20 lakhs. Azharuddeen has scored 471 runs in his young T20 career at a strike-rate of 142.27.

As with Rabada and Nortje for DC, Mumbai Indians’ (MI) Quinton de Kock is also a potential absentee for defending champions’ opening day fixture versus RCB in Chennai.

In order to avoid the mandatory quarantine phase before entering into MI’s IPL bio-bubble, De Kock will have to come here via a chartered flight when he leaves the bio-bubble in place for South Africa’s home international series against Pakistan.

The wicketkeeper-batsman, one of the best white-ball cricketers in the world, will be leaving for India post the second ODI versus Pakistan in Johannesburg on April 4.

De Kock was pivotal to MI winning their fifth IPL title last year, as he scored 503 runs from his 16 innings in the campaign while averaging 35.92 and carrying a strike-rate of 140.50. The left-hand batsman’s tournament tally included four half-centuries.

If De Kock is missing the RCB encounter, MI will have to bring a replacement just as strong and robust in nature. While that would obviously be difficult, the MI could look at explosive Australian batsman Chris Lynn as a replacement.

Lynn, who didn’t get a last year when he had just entered the MI set up after being a Kolkata Knight Riders (KKR) for long, has an impressive IPL record to his name. The right-hander has scored 1,280 runs at an average of 33.68 and strike-rate of 140.65.